If you’re just starting out in the reef world and looking for suitable types of corals to stock your first aquarium with, you might end up slightly overwhelmed. It’s a bit of a challenge to make heads or tails of this endless world of psychedelic colors and complicated names!

To help you out, we’ve compiled a list of 7 types of corals that should thrive even in a beginning reef keeper’s care.

Lobophyllia is a genus of LPS (large polyp stony) corals that are commonly grown in the reef aquarium. Although die-off can be experienced with freshly imported Lobophyllia, it’s not too challenging to keep alive if the specimen is acclimated to aquarium life.

This colorful genus is not too demanding when it comes to light and flow. It is unfortunately considered moderately aggressive, sometimes launching sneaky nightly attacks on any victims that are placed too close.

Although Lobophyllia has zooxanthellae to help sustain them, they do appreciate supplemental feedings. They easily catch normal frozen foods and commercial coral feeding products.

OK, we’ll have to start off by admitting that mushroom corals from the Rhodactis genus are not actually true corals. They’re corallimorphs, which lack skeletons but are still closely related to stony corals.

Rhodactis are popular in reef aquariums because of the amazing diversity in colors and sizes. There really is a mushroom for everyone! You don’t need fancy tech for most of them either, as their light and flow needs are on the low end.

You don’t necessarily have to feed Rhodactis but it is possible if you’re skilled at spot feeding corals. Lastly, remember to give this species some space: they’re considered moderately aggressive and have no qualms about waging war on their neighbors. 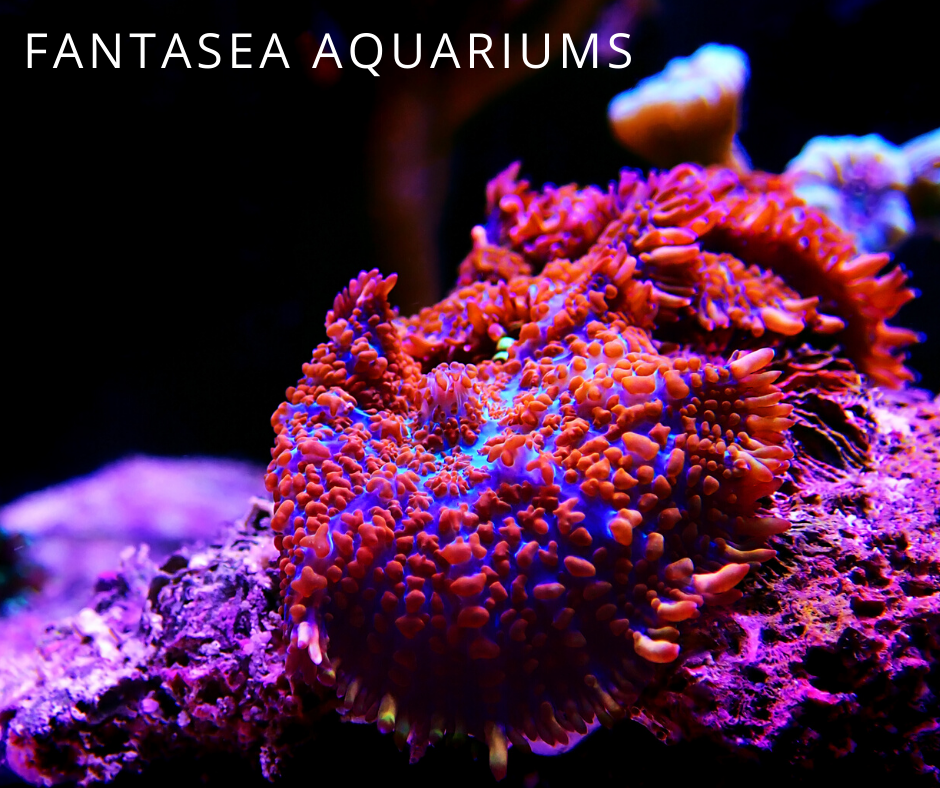 Also known as pineapple coral, Blastomussa is a brain coral appreciated for its colorful polyps. It’s a beginner favorite that tends to happily do its thing even when other corals might be sulking.

Blastomussa isn’t difficult when it comes to light and flow, not requiring too much of either. It’s also not considered very aggressive and might actually be on the losing end if push comes to shove. Place it away from overly territorial species to avoid issues.

This genus has zooxanthellae, so it pretty much takes care of itself using photosynthesis. That being said, you can always offer some phytoplankton to encourage good growth.

The first soft coral on our list! This colonial genus is incredibly popular in the aquarium trade because of the simply ridiculous amount of color varieties out there. Collecting Zoa’s can easily become a bit of an obsession for some aquarists.

Beginners can join in on the Zoa fun because this genus is pretty easy to care for. It’s not aggressive and only needs low to moderate flow and lighting. Additionally, although special varieties can go for dazzling prices, the more basic ones are really quite affordable.

One thing we do have to mention is that you have to be very careful while handling Zoanthids. They contain palytoxin, which is a neurotoxin that can cause you a lot of grief. Wear thick gloves (and goggles, since the toxin is released as an aerosol), handle corals underwater only, keep them away from the heat of aquarium lights and dispose of water with care.

Another LPS species, Euphyllia is naturally found in Indo-Pacific waters but also very popular in the aquarium trade. It really is a true reef classic.

The genus is easy to care for and pretty varied, with three basic shapes: hammer, frogspawn and torch. The former two are more stocky, while the latter has long polyps that dance in the flow. All of them are real eyecatchers.

Euphyllia only needs moderate flow and lighting, making the genus a nice choice for the more basic set-ups. One thing you do need to keep in mind is that they’re considered pretty highly aggressive. You really have to make sure to keep it in a corner where it’s away from potential unsuspecting victims. 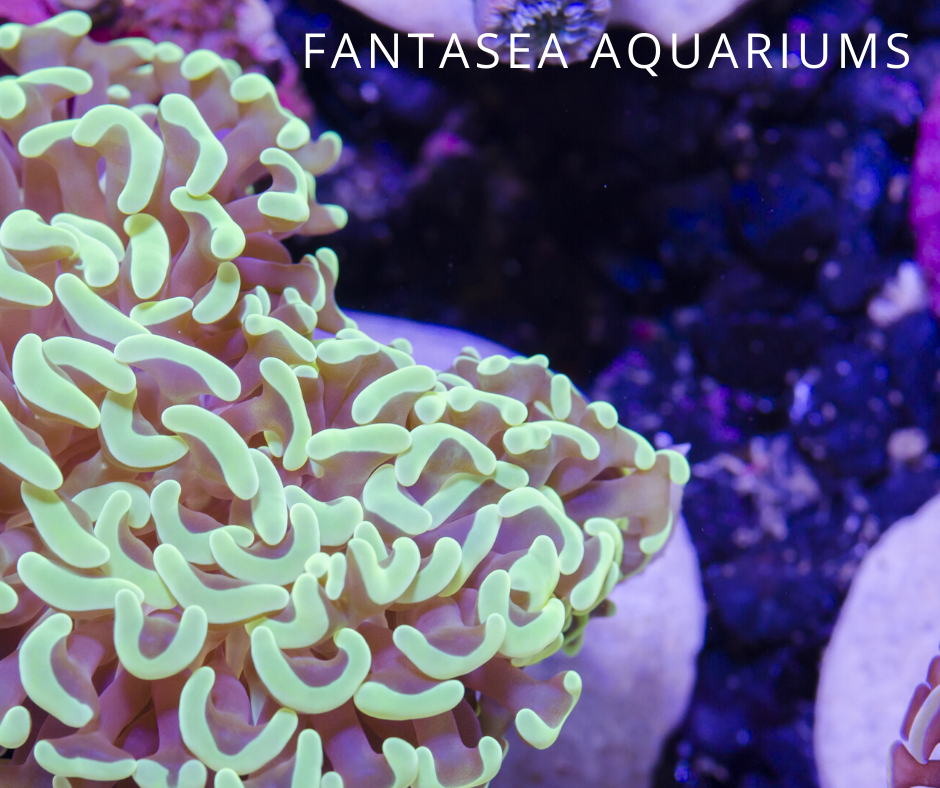 The chunky LPS candy cane coral is a fine choice for beginning reef keepers. It’s affordable and not too difficult about light, flow and feeding. Additionally, it’s available in a nice range of different colors.

Candy cane coral is considered moderately aggressive, but the nice thing is that their stinging tentacles are pretty short. All you have to do is put a little bit of distance between the candy cane and its neighbors to ensure peaceful cohabitation.

When it comes to fragging (propagation), this is a pretty good species to practice on. The polyps grow on elongated stalks, so you can easily separate them using a coral bone cutter. Use some glue to attach it to a plug or rock and congratulations, you now have two candy cane corals! 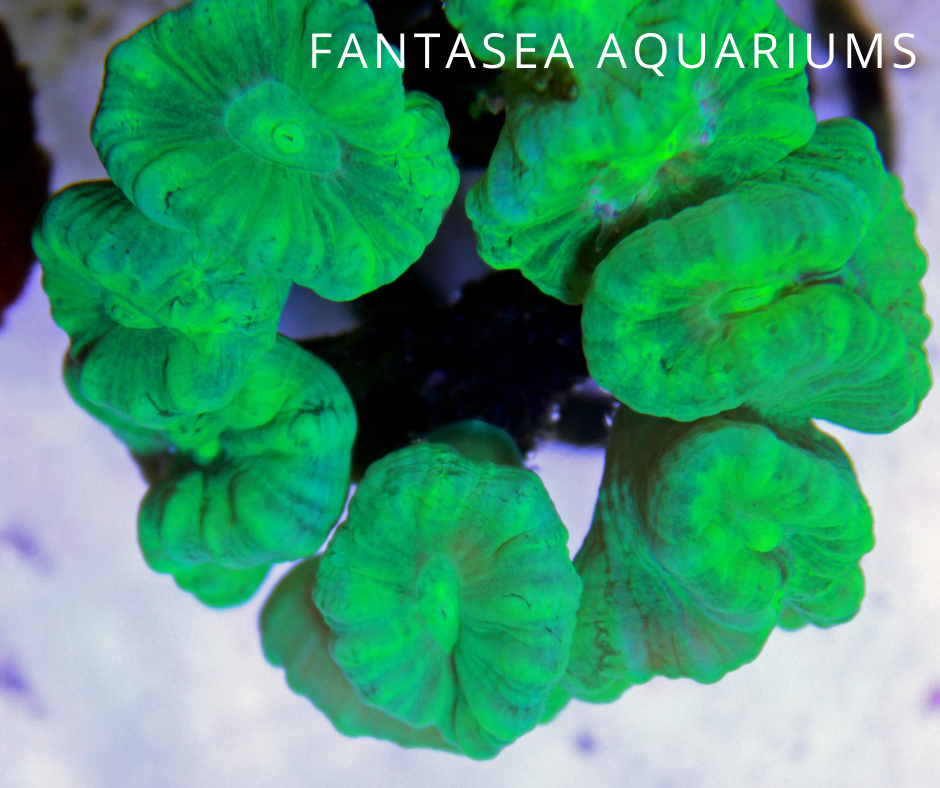 Don’t you just kind of want to touch this one? Despite it’s jelly-like appearance, bubble coral is actually a hard coral with a stony skeleton. A funky species that’s suitable for beginners and small enough to grow in mini reefs.

Bubble corals are not demanding and grow pretty quickly even with low light, feeding and flow. They’re adaptable and forgiving to the occasional small beginner mistake when it comes to water conditions.

Like a few of the other species on this list, bubble coral is unfortunately not known for playing nice. You’ll really have to leave a few inches between your bubbles and other corals! If any neighbors seem sulky and retracted, the bubble coral is probably to blame for nighttime attacks. 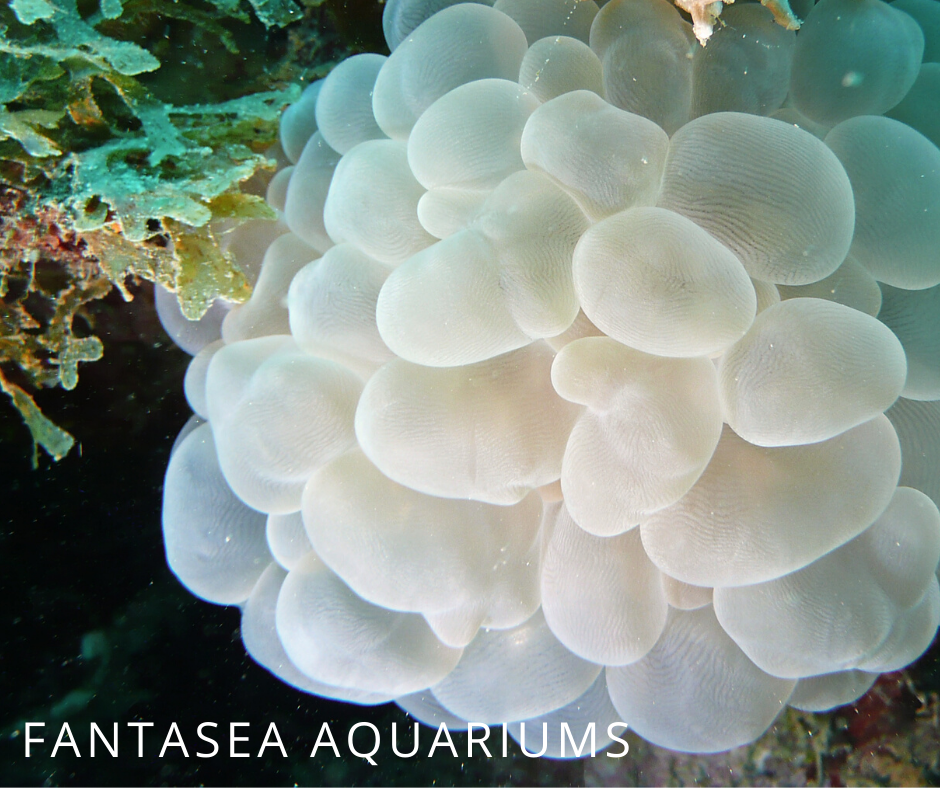 There are endless types of coral out there that can be grown in the reef aquarium, all of them with varying requirements. Not sure how to combine the best ones for your tank? Let us know and we can design, set up and maintain your aquarium for you!

Peanut Worms Anyone who’s been keeping reef aquariums for a while can tell you...
learn more 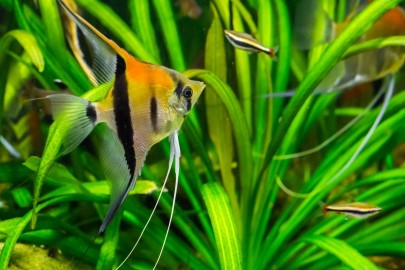 Tankmates for Angelfish As we’ve mentioned in the angelfish caresheet, we adore the sight...
learn more