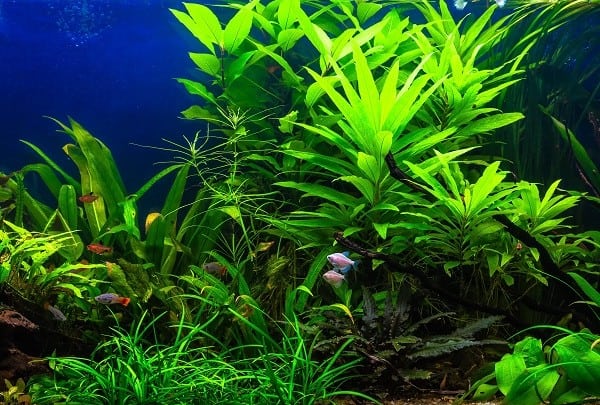 Some of us get a pet fish and get attached! We name them, we keep them clean, we feed them, and if we’re lucky they learn to think of us as the ‘Food Bringer’, swimming up to the glass to get our attention when we’re nearby. So when we get a new fish, or begin our meticulous research into the care of a fish before bringing it home, it’s always nice to know just how long our little buddies plan on sticking around. In this series of articles, we’ll keep coming back with three freshwater fishes you may have been interested in –  and go into their expected lifespan.

These fish boast bright blue and red coloring that makes them attractive to fish keepers, beginners and pros alike. It’s a peaceful shoaling fish that can adapt to many different aquarium environments, and isn’t picky about its food. In a slightly acidic environment, with temperatures lower in the 70s (ºF), this fish’s organs function better and allow it to reach a full lifespan of at least five years – even up to ten!

Some factors to consider:

This may not be a true killifish (it doesn’t lay eggs like the oviparous killifish), but it is the smallest fish in North America! Given room temperature, slightly alkaline water, and at least five gallons of swimming room, these adorable little fish can live at least three years in your aquarium. Those five gallons help you keep them in their preferred schooling groups, as a single fish can become stressed and unhealthy. They are shy enough that they also prefer being the only type of fish in the tank, and they’ll group around anything that looks like ‘shelter’ in your aquarium. Plants and decor give them the peace of mind to explore your tank more.

Keep in mind that these fish are very tiny! They’re not picky about food and will happily start to multiple in your tank, but if you’d like the offspring to survive and grow another three years, you’ll want to feed them the smallest food you can find. Brushing their pellets or flakes is a good way to go, as the fish fry (the newborns) will have even smaller mouths.

And last, but certainly not least: The… 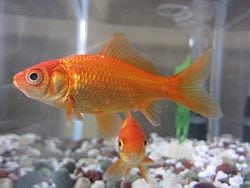 Different kinds of goldfish prefer different types of water – this can definitely have an effect on their lifespan in captivity. However, this section goes into the common goldfish: the kind you win at a fair, or the feeder goldfish you couldn’t quite give up. They make for great beginner fish, and you’d be surprised at how long they can live if you don’t follow the typical advice of keeping them in a bowl. In the wild, goldfish can live up to twenty five years! This number gets skewed when you look at goldfish in captivity, as a lot of them are kept in cramped spaces, without filtration. Even so, their average lifespan in captivity can still be five to ten years. You can make this even longer by making sure your goldfish is comfortable, but keep in mind that these fish take up lots of space when well cared for.

The common goldfish actually prefers it cooler than room temperature (between 69 and 70 ºF), and the right size tank (not a bowl!) is actually a formula! For your first goldfish, you’ll want at least 20 gallons of swimming room. And for each additional goldfish, it’s another 10 gallons! Let’s face it – goldfish eat a lot, and all of that waste has to go somewhere. The more water there is, the more it gets diluted, giving your aquarium filter time to process through it and keep the water clean and healthy for your fish friends.

Is there another freshwater fish you’d like to read up on? Let us know!

Spaghetti Worm | Aquarium Friend or Foe? Every time we use live rock in...
learn more

Unwelcome Aquarium Hitchhikers If you’re interested in setting up a reef aquarium, you probably...
learn more