Every time we use live rock in our aquariums, we’re potentially opening the doors to a variety of hitchhikers. There are many creatures that can end up in an aquarium without an invite and there’s pretty much nothing that can be done about that.

Sure, we can dip items to try and eradicate any unwelcome visitors, but something can always slip through. Although some of these crawlies can be harmful, more often than not they don’t bother anyone.

One of the strange creatures that can make its way into our aquariums is the spaghetti worm, a common name for multiple species of similar worms. What are these worms? Are they harmful, neutral or even good for our aquarium? Keep reading to find out all about these wiggly aquatic hitchhikers.

What is a spaghetti worm?

The spaghetti worm is an annelid (segmented) worm, making it a relative of the more familiar earthworm. Native to tropical regions, they’re sand dwellers that bury themselves into the soil. From there, they extend a tangle of thin white tentacles, hence their common name. These tentacles are not meant to catch live prey: the spaghetti worm feeds on detritus, leftover bits of all sorts of small dead organisms.

The spaghetti worm’s burrowing nature protects it from natural predators. A startled spaghetti worm will quickly withdraw into its burrow, retreating its tentacles and remaining invisible for a while. 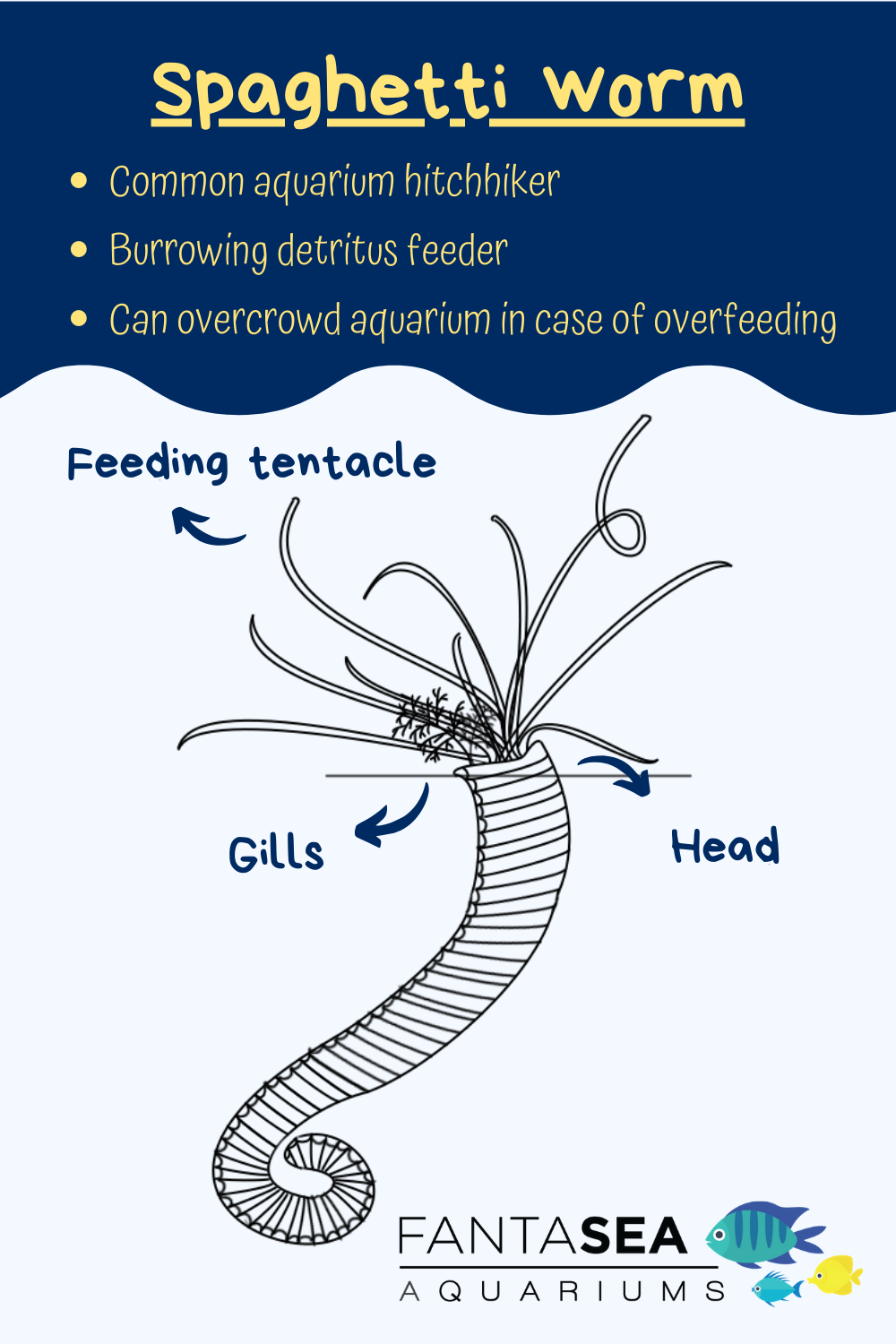 Spaghetti worms in the aquarium

As mentioned in the intro, spaghetti worms are a very common hitchhiker that can very easily end up in your saltwater aquarium. This is not a sign of carelessness on your part: it just happens and there isn’t much you can do to prevent it.

The sight of a spaghetti worm extending its tentacles can be pretty disturbing to those who aren’t familiar with the species. They can grow very long and spread a rather unattractive looking mucus around the bottom of the tank. This mucus is reminiscent of the stuff produced by vermetid snails, a very annoying aquarium pest, but luckily the spaghetti worm isn’t such a nuisance.

Are spaghetti worms a problem?

Spaghetti worms generally aren’t seen as harmful to the health of your aquarium at all. If anything, they improve it. After all, they don’t attack anything live and don’t damage your precious corals like the previously mentioned vermetid snail would. Instead, they help you keep the aquarium clean by consuming leftover bits and pieces that aren’t appealing to other inhabitants. The only annoyance they have occasionally been reported to cause is irritating zoa’s by simply taking up home on them.

If you’re seeing a lot of spaghetti worms in your tank, to the point where it’s a bit disturbing, this could be a strong indication that you’re either overfeeding or not cleaning enough. Removing more detritus on a regular basis can help keep the population under control.

One common problem related to spaghetti worms that we do have to mention is the possibility of a drastic decline in water quality if the worms can’t be sustained and die off en masse. This produces a big spike in ammonia, which can be fatal to your fish and corals.

Can you remove spaghetti worms?

If you’re dealing with a spike in spaghetti worm population, it’s understandable that you might not be elated about their presence. All those tentacles sticking out of the substrate and mucus floating about can be a bit disturbing.

As mentioned before, a good way to get rid of spaghetti worms is to simply reduce the amount you’re feeding your fish and up the sand cleanings. The latter can be done by vacuuming the sand manually or introducing other detritus feeders to compete with the worms. The other options to get rid of a few (or even almost all of them) are to just manually pick them out of the substrate or to add an inhabitant to the tank that has a taste for them.

The best contender for spaghetti worm consumption would be a sand sifting starfish, although it has to be kept in mind that these will consume anything they come across in the substrate, not just spaghetti worms. Other species that love munching on these worms include copperband butterflyfish (an expert hunter for soft invertebrates) and some wrasses but not much else. Fish don’t appear to consider them much of a delicacy.

5 Crabs for Your Aquarium The world of saltwater fishkeeping is filled with weird,...
learn more 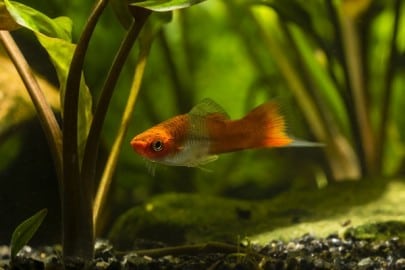 The Nitrogen Cycle When you put together an aquarium, you’re building an aquatic home...
learn more