When it comes to planning their aquarium, most people think about what fish and corals they’re going to add. But don’t forget to consider smaller creatures as well: invertebrates galore in the marine world, many of which are amazingly colored and useful.

Let’s talk about shrimp! Keep reading for a list of five of our favorite aquarium shrimp that are easy to care for and will brighten up your tank.

It’s easy to see where the peppermint shrimp got its common name: its almost-opaque milky colored body with red stripes is definitely reminiscent of peppermint candy!

This is one of the more common shrimp to be kept in the marine aquarium. It grows to a maximum size of only about 2”, making it a good choice for nano tanks, and it’s docile enough not to bother anyone. Some aquarists swear their peppermint shrimp will go after soft corals from time to time, though, so keep that in mind if you grow valuable species.

Many aquarists turn to peppermint shrimp in search of a creature that can deal with aiptasia, a pest anemone that can quickly become a nuisance in the aquarium. Although not all peppermint shrimp turn out to have a taste for aiptasia in the end, they still make useful members of the cleaning crew by clearing up uneaten foods and detritus. 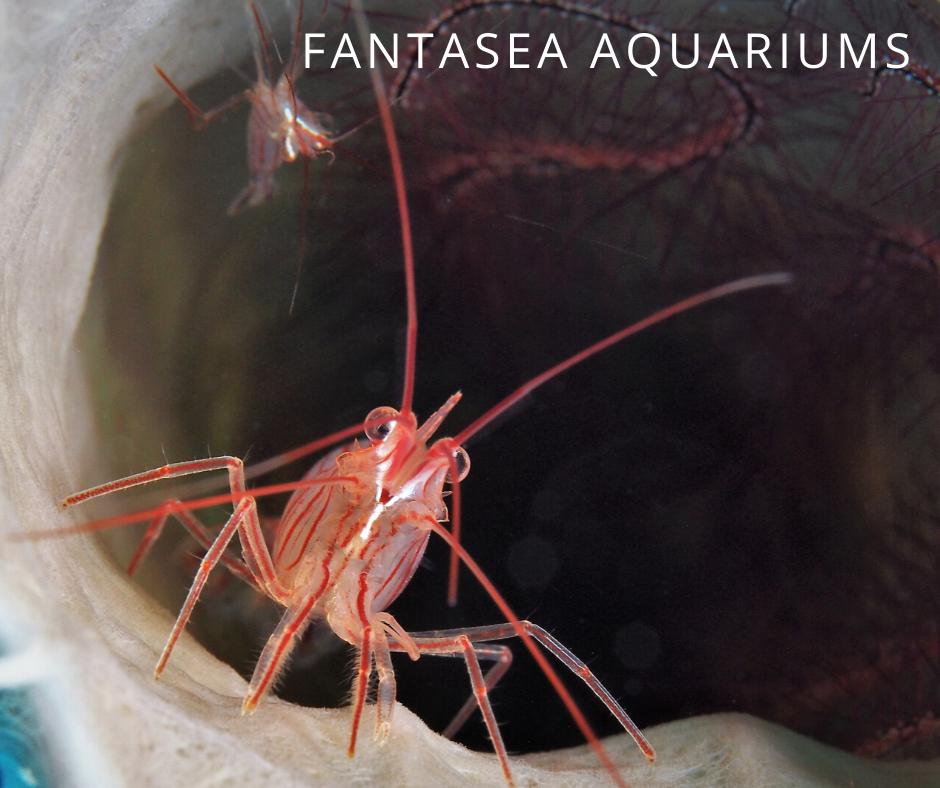 A cousin of the peppermint shrimp, this bright red species is definitely an eyecatcher. And it’s useful, too: this is a cleaner shrimp. A healthy red fire shrimp will actually serve as a fish ‘cleaning station’, picking dead scales and parasites off their tankmates.

Apart from what they can remove from fish, red fire shrimp will eat pretty much anything they can get. This makes them a handy addition to the aquarium janitorial crew as well, although you should make sure to supplement their diet if your aquarium is very clean.

Red fire shrimp are docile, although like other species they might opt to battle things out if they see another shrimp. Their small size makes them an easy target, so don’t add them to any aquarium that contains hungry carnivores! They might pick on soft corals. 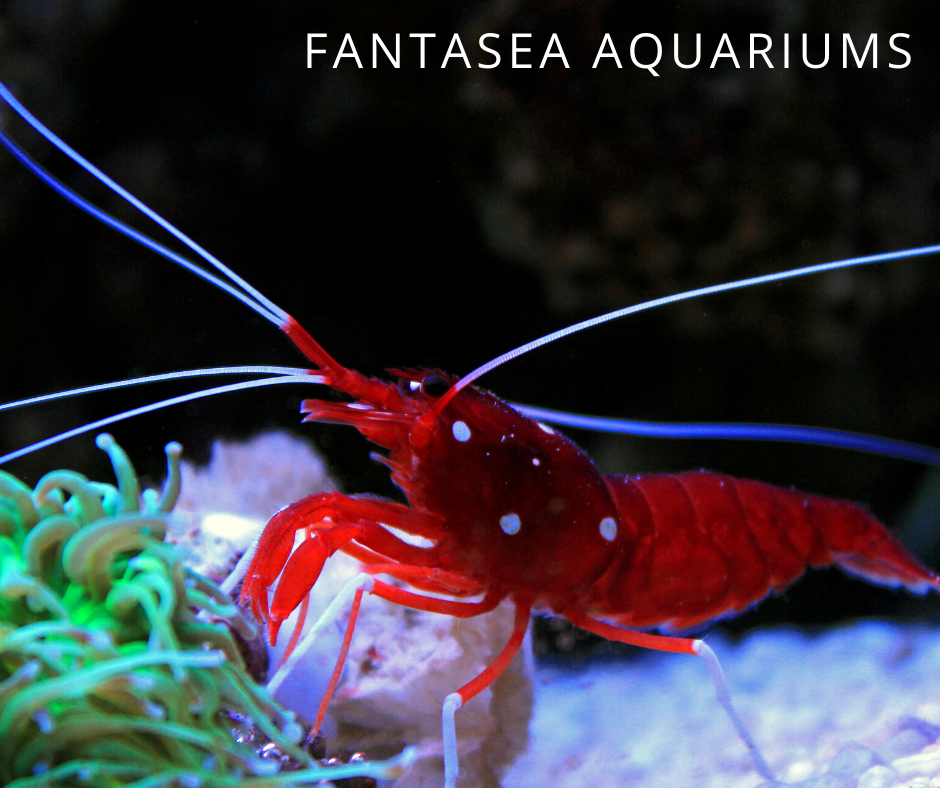 It’s hard to think of a shrimp as a creature that we’d describe as ‘cute’, and yet that’s definitely what comes to mind when we think of the sexy shrimp. The perfect choice for a nano aquarium (perhaps even a single-species one), it’s known for its funky color and pattern as well as its booty-shaking movements.

Sexy shrimp naturally have close relationships with anemones, which they keep clean in return for the protection offered by the stinging tentacles. They feed on scraps, anemone mucus and unfortunately also the occasional coral bits.

Sexy shrimp are active during the day and don’t tend to stay in hiding much. They should ideally be kept in groups, not in the least because that allows you to observe their funny antics and backside wiggling! 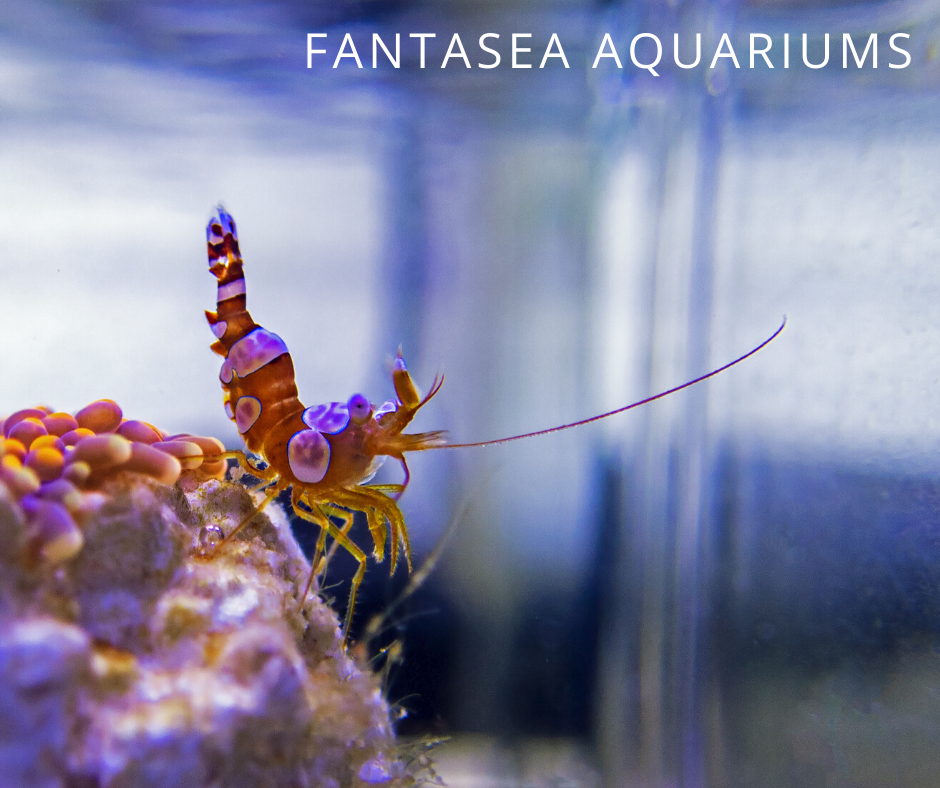 The skunk cleaner shrimp is another member of the genus Lysmata, making it a family member of the previously discussed peppermint and red fire shrimp. Probably the most popular aquarium shrimp out there, it will run its own little fish cleaning service station in your aquarium to earn its meals of dead skin bits and parasites. It truly makes the perfect beginner shrimp: hardy, long-lived and no special care needed at all.

In the aquarium, your skunk cleaner shrimp will usually not be able to clean enough fish to survive. You can supplement their diet with pretty much anything; normal fish food works perfectly well.

Unlike the other shrimp discussed so far, the skunk cleaner shrimp is really not known for picking on soft corals. It’s a peaceful species that won’t fare well with large hungry fish. 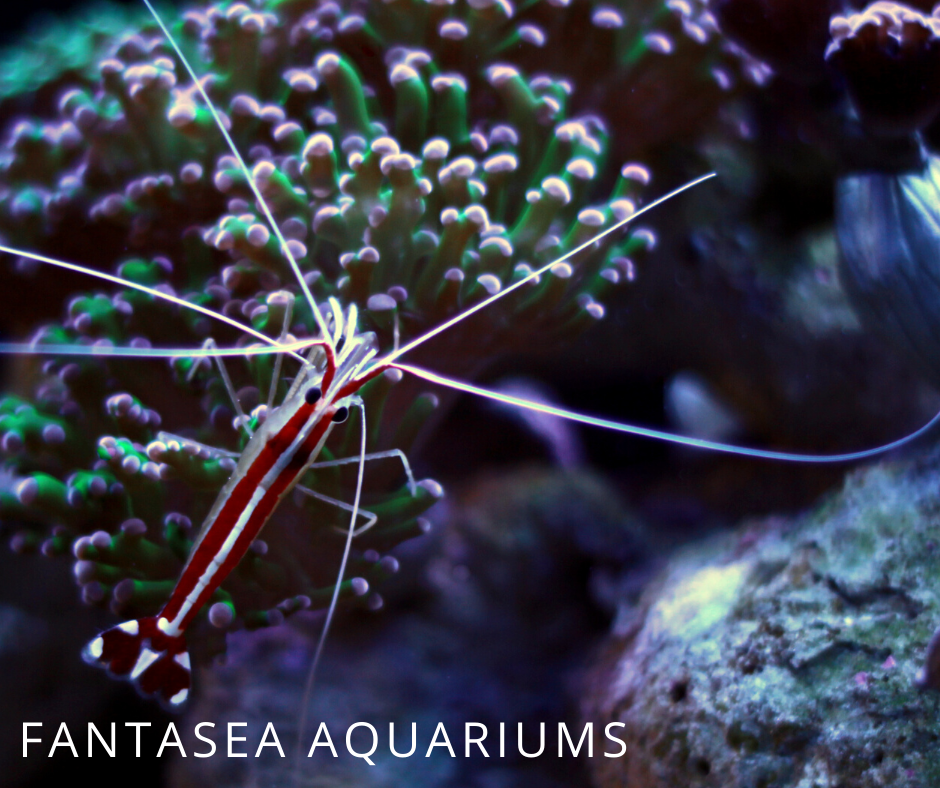 At 2-4” (depending on sex) this is definitely not the smallest shrimp out there, but it still makes a great choice for most aquariums as long as they’re not nano tanks. Usually preferring to set up shop in a crevice or overhanging rock, wild coral banded shrimp are fearless fish cleaners. We definitely don’t want any of our body parts close to a moray eel’s mouth, but the shrimp don’t care and will diligently crawl between the sharp teeth to pick out food bits. The cleaning behavior is less common in the aquarium.

Although coral banded shrimp do spend a lot of time in their caves and crevices, they will also come out to check the aquarium for any edible morsels. Their large, raised pincers make them look rather fearsome but they’re actually peaceful unless they come across their own species. 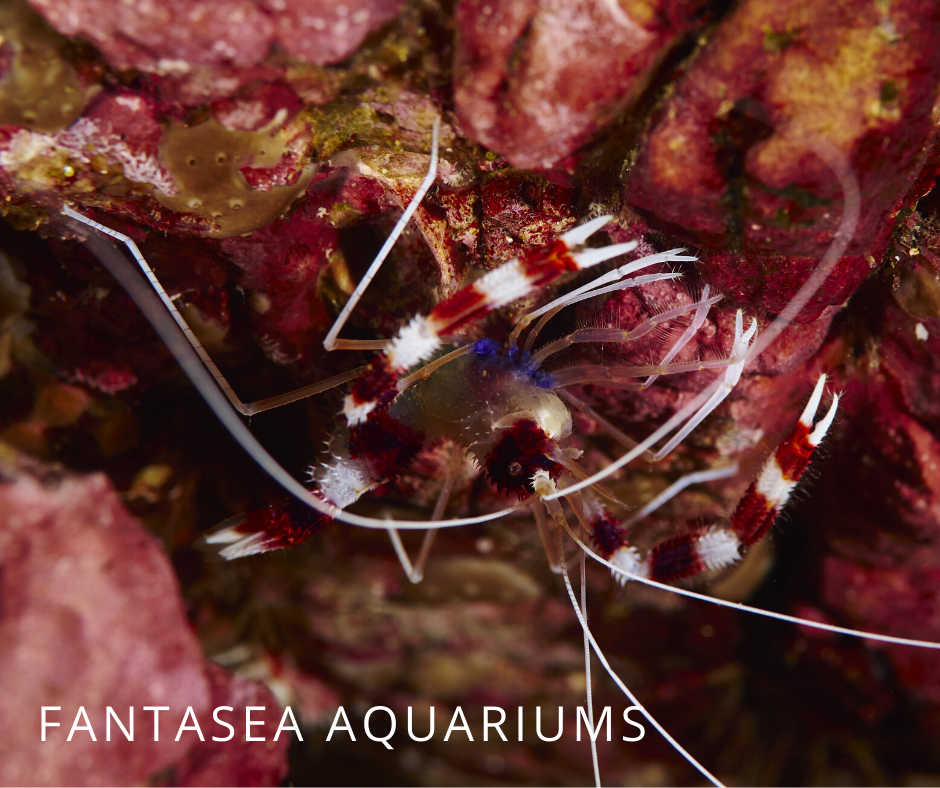 Shrimp are an important part of the reef cleaning crew. Are you dreaming of your own reef aquarium? Leave it to the experts! Contact FantaSEA Aquariums here with your ideas so we can start planning your tank with you. 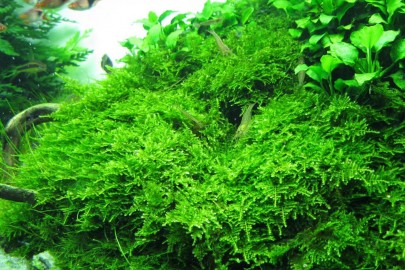 How to Care for Christmas Moss

What is Christmas Moss? As mentioned in our guide on the best aquarium plants,...
learn more 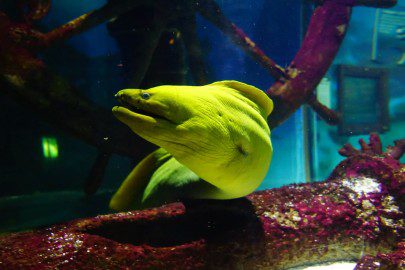 Are you an experienced aquarist looking to branch out into a more high-stakes type...
learn more