Interested in keeping a moray eel? We get it! There aren’t many fish around that are cooler than these serpentine predators. And that especially applies if they’re bright yellow like the banana eel, a selectively bred color morph of Gymnothorax miliaris morays. But don’t forget: banana eels aren’t for every aquarium, nor every aquarist.

Keep reading for everything you need to know about banana eel care and keeping these spectacular morays in your own aquarium.

The banana eel is a color morph of Gymnothorax milias, also known as the goldentail moray. The ‘natural’ version of this species isn’t quite as colorful as the bright-yellow banana version that so many aquarists are obsessed with: wild-type goldentails sport a yellowish base color, but feature a lot more dark brown coloration. Banana eels, in contrast, are almost entirely bright yellow, save for a few brown spots that make it look a lot like a ripe banana.

This is considered to be a small moray, but don’t let that denomination fool you. They can still grow to an adult size of around 2 feet. Like other morays, they are elongated in shape and lack pelvic and pectoral fins. They also don’t have scales, but instead are covered in a layer of protective mucus.

Gymnothorax miliaris naturally has a wide range in the Atlantic. It’s found off the coast of Florida all the way to Brazil, but has also been reported in some spots off the African coast.

A banana eel isn’t the most active fish, spending much of its time hiding out in its lair. Still, due to the species’ adult size, this is not a good choice for the smaller aquarium. You’ll have to provide a tank of at least around 125 gallons, although larger would be better.

If you’re interested in keeping a banana eel, it’s important to keep in mind that these are messy carnivores. You should be using a very strong filtration system and even with that, frequent water changes are an absolute must to keep the water quality high.

Like other morays, banana eels like to spend most of their days in caves and crevices, which you can provide by arranging live rock to form hides. Do make sure they can’t fall over! Substrate-wise, something sandy and loose works well, although you could also forego substrate entirely for ease of cleaning.

Did you know? Moray eels are considered aquarium escape artists. Your tank should feature a tight-fitting lid and all holes (for equipment cables, for example) should be sealed. Given the prices they fetch, you don’t want to come home to a dead banana eel on the floor, nor a live and wriggling one trying to bite your ankles.

When considering banana eel compatibility, you’ll have to keep in mind that these are carnivores. They naturally actively hunt prey like crustaceans, molluscs and possibly the occasional small fish. In fact, for this purpose, moray eels even sport double jaws in case their first row of sharp teeth doesn’t cut it – Google ‘pharyngeal jaws’ if you dare.

In the aquarium, aquarists report that their banana eels aren’t overly aggressive. Some have success with cleaner shrimp and smaller fish, but that doesn’t mean there is no risk. If you want to be absolutely safe, combine your banana eel with larger, more assertive and sturdy fish species.

It’s generally recommended against to keep multiple moray eels together, so stick to a single banana eel for your tank.

Did you know? We can’t stress enough that banana eels are hunters. Keep your hands out of the aquarium!

Like other moray eels, the banana eel is nocturnal. It hunts and eats at night, lying in wait until tasty morsels venture too close to its lair. That being said, most banana eels won’t pass up a meal at any time of the day, so you can feed yours with the tank lights on.

Getting a banana eel to accept commercial pelleted foods is pretty much impossible, so you’ll have to make do with live or frozen. They’ll take all sorts of seafood: squid, octopus, mussels, clams, shrimp, crab and more are all great choices. Always use extra-long feeding tongs to prevent your banana eel from mistaking your hand for part of its dinner.

Banana eels don’t need food very often. Yours might not eat for a good while after being introduced to your aquarium, but unless it goes without for a month or more, there’s no reason to worry. For a banana eel that’s eating well, feeding twice a week or so is fine.

The bright yellow carnivorous banana eel is quite a sight to see in the aquarium, but it’s definitely not a species for the beginning aquarist. That’s where FantaSEA Aquariums comes in! We can design, build and maintain your aquarium for you so you can enjoy amazing species like the banana eel without the hassle (and without risking your fingers!). You can contact us here with your ideas 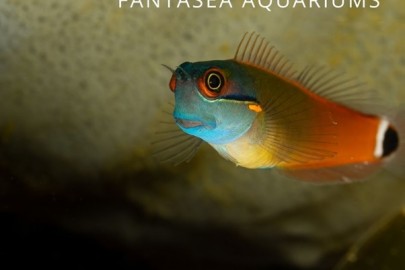 Looking for a fun addition to your reef, or even a species that you...
learn more 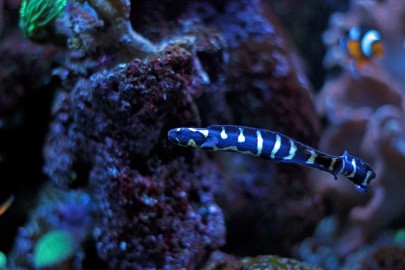