Looking to add a starfish to your aquarium? Funnily enough, your best option isn’t actually a true starfish, although it’s definitely similar enough. Serpent starfish are much easier to care for than other sea star species and a much better choice for the majority of aquarists. Today, we’re talking banded serpent starfish (Ophiolepis suberba), one of the most popular species.

Keep reading for everything you need to know about banded serpent starfish care and keeping one in your home aquarium!

The banded serpent starfish is a member of the scientific class Ophiuroidea, which explains the genus name of Ophiolepis. There are a few species of serpent stars to be found in the aquarium hobby, but this is one of the most popular. It’s not difficult to see why: it’s just such a funky addition to your tank!

The banded serpent starfish naturally occurs throughout much of the Indo-Pacific Ocean, where it’s found in depths of up to 30 meters. Here, it inhabits reef floors, feeding on whatever detritus it comes across. The species has five long, thin arms marked with circular dark brown to black bands. It’s usually greyish in color, but can also appear cream-colored or even orange.

This sea star grows to a maximum size of around 5″.

Did you know? Members of the Ophiuroidea class can be referred to as serpent stars or brittle stars. Some consider the two common names synonymous, but ‘serpent’ is usually used for those species that have smooth arms, like this one. Some folks call it the banded brittle starfish, but ‘serpent’ seems more appropriate to us.

If you’d like to keep a banded serpent starfish, keep their natural habitat in mind. They naturally spend most of their day hidden wedged beneath rocks, hiding away from any predators that might be interested in picking off one of those long arms. Your aquarium should have plenty of nooks and crannies so your sea star can stay sheltered when it wants to.

In terms of water values, these sea stars are pretty hardy and don’t have any special requirements. Standard reef parameters (see the table above) are fine. We do recommend going for at least a 20 gallon aquarium given the stars’ size.

Did you know? Because banded serpent sea stars like to hide, they can also be hitchhikers that make their way into the aquarium on live rock. If that’s what happened to you and you’re wondering if your new echinoderm friend can stay, you can scroll down to the section on compatibility below.

The banded serpent starfish generally isn’t considered an aggressive sea star species. Aquarists generally report that it’s the green serpent variety you have to be weary of, but there are some conflicting experiences. Some swear their banded serpent starfish picked off fish while the lights were off, but it’s always difficult to figure out who is to blame, or if there maybe was a different cause of death. If you keep your banded serpent well-fed (possibly by means of target feeding), the chances of issues seem low.

Because they’re detritus and carrion eaters that aren’t known for going for live prey (more on that below), these sea stars are reef safe and don’t bother corals.

Okay, so your fish and other livestock are almost certainly safe. What about the star itself? Keep in mind that plenty of critters wouldn’t mind snacking on one of those long arms. Starfish-eating species like harlequin shrimp are obviously out of the question, as are carnivorous fish like puffers, triggerfish and the like.

Did you know? Although this sea star is supposed to have five arms, it’s not uncommon to find specimens that have four or six. This can happen if something goes wrong when the starfish regenerates lost arms, or can be the result of a mutation.

If you only look at your banded serpent starfish during the day, you might wonder how it doesn’t starve to death. But fear not: these guys are just nocturnal! Have a look at night using a weak flashlight and you may see your sea star, arms flailing and twisting, moving across the substrate in search of tasty morsels to consume.

When the arms come into contact with something edible, the starfish uses its tentacle-like tube feet to transport it to its mouth. As mentioned above, some aquarists accuse their banded serpent starfish of grabbing fish and other livestock in this manner, but the species’ natural diet consists of detritus and whatever it finds that’s already dead.

In the aquarium, you’ll have to supplement your sea star’s diet. Our tanks are just too clean to sustain bottom feeders, especially ones like these that grow pretty large. To prevent the star from starving and keep its central disk looking nice and meaty, you can target feed some seafood on a daily basis. The star doesn’t have to be up and moving about: if you place the food near its hide, it’ll get the memo.

The marine aquarium world is full of wacky creatures, and this is definitely one of the highest-scoring on the “strange scale”! Not surprising so many aquarists are fascinated by them, even if their snake-like arms can be a little creepy.

Want your own fish tank full of strange critters but lack the time? We’ve got you covered! Contact FantaSEA Aquariums with your ideas so we can design, build and maintain your dream aquarium for you. 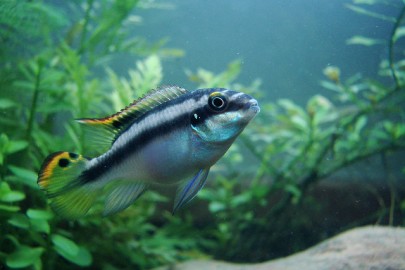 Zoanthid care & info When it comes to corals for home reef aquariums, there...
learn more