Looking for a colorful addition for a fish-only tank and not afraid to take on a more feisty species? Neon dottybacks (Pseudochromis aldabraensis) are known for both their beauty and their terrible attitudes.

Keep reading for everything you need to know about the neon dottyback and keeping one in your home aquarium!

‘Dottyback’ is the common name for the family Pseudochromidae, brightly colored reef fish from the Indo-Pacific. The neon dottyback specifically is naturally found in the western Indian Ocean around the Arabian peninsula and all the way down the Indian coast to Sri Lanka. In fact, its scientific name was derived from the coral atoll of Aldabra, which is one of the places where it resides! That being said, the ones you’ll find in your local aquarium store nowadays are usually captive-bred.

The neon dottyback is appreciated as an aquarium fish due to its spectacular coloration. Its body is bright orange, except for a neon blue line that runs along the top of its back up to the head and face. The species grows to a maximum size of around 4”.

Did you know? Hybridization has led to an unusual new variation of neon dottyback that’s dark orange to black in color. Actually a mix between Pseudochromis aldabraensis and springeri, it’s quite a beautiful fish to see.

We recommend an established aquarium of 30 gallons or up if you’re interested in keeping a neon dottyback. They’re small, but really need plenty of space to accommodate their territorial tendencies.

In their natural habitat, they can be found in reefs and are known to be skittish. As such, it’s a good idea to provide them with plenty of hiding places in the aquarium. Lots of live rock positioned to create caves and crevices can be helpful.

The section on aquariums set-up for neon dottybacks was short – they’re really not that picky – but unfortunately the same can’t be said for compatibility. Although this species is reasonably popular due to its eye-catching coloration, it can be a total terror. They’re territorial and defend their preferred area fiercely, even in larger aquariums and against tankmates much larger than themselves. They may also outcompete slower tankmates for food.

If you’d like to keep a neon dottyback, it’s generally recommended to make it the last fish introduced to the aquarium. Slow and vulnerable tankmates should be avoided, as they can literally end up bullied to death, and even members of the same species can become problematic if they don’t pair up. Consider larger fish instead and avoid similar species, like other dottybacks and wrasses. Or keep your neon dottybacks alone!

The species is carnivorous and does have a taste for corals and other small invertebrates like shrimp. As such, they’re not considered reef-safe and are best for fish-only tanks. Some aquarists appreciate them specifically for their proficiency at dealing with annoying bristleworms.

One great thing about neon dottybacks is the fact that they’re usually not picky about their diet at all. As mentioned, they’re carnivores, and they’ll appreciate daily feedings of normal frozen aquarium fish foods like mysis and brine shrimp.

Are you dreaming of a beautiful aquarium full of colorful fish like the neon dottyback? We can make it happen! No need for specialist knowledge or to spend lots of time maintaining your fish tank: at FantaSEA Aquariums, we design, set up and even maintain aquariums for our clients. Just contact us here with your ideas. 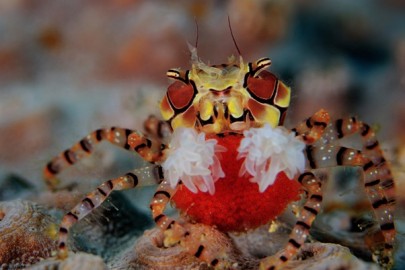 If you’ve been following our blog for a bit, you’ll know we love invertebrates....
learn more 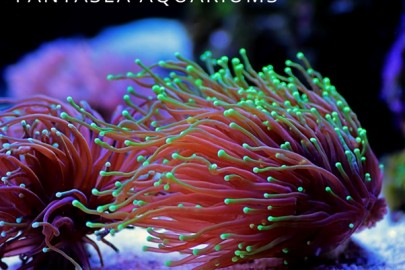 Whether you’re a beginning reef keeper looking for a suitable first LPS coral or...
learn more