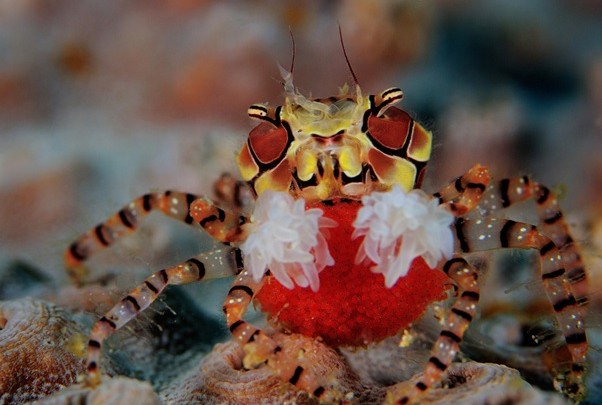 If you’ve been following our blog for a bit, you’ll know we love invertebrates. We love shrimp, we love crabs, and heck, we even love the ugly peanut worm. Today, we’re putting the spotlight on one of the most wacky members of the crab department: the tiny pom pom crab from the genus Lybia.

Keep reading for everything you need to know about pom pom crab care and caring for this species in your own aquarium!

It’s not difficult to see where the pom pom crab got its name: it really does look like a little cheerleader carrying two poms. These are actually pieces of anemone, which the crab holds in its claws. This works well for both: the anemone’s sting offers protection, while the anemone itself gets carried around and is therefore probably able to catch more food particles.

There are 10 species of pom pom crabs out there, all of them pretty small but featuring nice patterns. 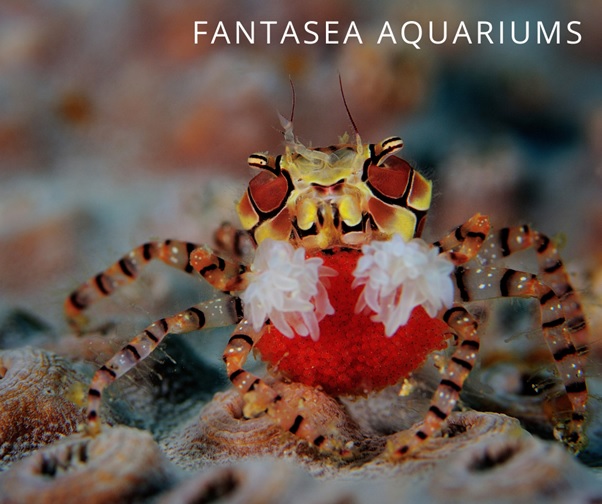 Honestly, caring for pom pom crabs really is a breeze. Due to their size, they don’t need a large aquarium, making them the perfect choice for a nano set-up. Any stable saltwater aquarium of five gallons or up should work well.

Make sure to offer plenty of hiding and foraging spots in the form of live rock, caves, and more. The species can be a bit timid and likes to be able to retreat if it feels threatened.

Did you know? If you bought a pom pom crab and it doesn’t actually have any anemone with it, don’t worry. It’ll break off any it can find in your aquarium (they use Bundeopsis and Triactis anemones) or even “borrow” one from another pom pom crab. Alternatively, it might replace them with something else, like sponge, tiny Zoanthids or other coral bits.

If your crab only has one anemone, it’ll take care of that itself. Like a tiny aquarist, it will frag the anemone to turn it into two.

Aside from not being demanding at all, another great thing about pom pom crabs is that they’re great neighbors. Although they’re listed as not reef safe in some places, all of the actual accounts of aquarists who keep them have noted that they’re very peaceful. If a fish does bother a pom pom crab, it probably only needs to get bumped with the anemone once to refrain from doing that again!

There is a small chance your pom pom crab might end up bothering corals by touching them with its anemones while foraging, but this usually shouldn’t pose too much of an issue.

Keep in mind that it’s not a great idea to combine these crabs with larger, carnivorous fish species. Despite their boxer attitude and tendency to hide, they’re still pretty small and vulnerable.

Did you know? There’s also a freshwater pom pom crab that goes by the same common name. Ptychognathus barbatus is a fully aquatic crab species that sports hairy patches on its claws, which it uses to catch food particles. 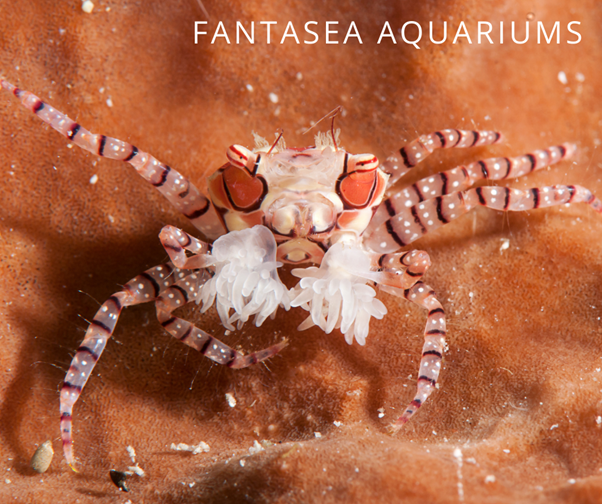 Seeing a pom pom crab feed is a pretty fascinating thing. The crabs use their anemones to “mop” the aquarium floor and surfaces! Particles get stuck in the anemones. Large bits are for the crab, while the anemone benefits from the smaller dust.

In large aquariums, you probably won’t need to supplement your pom pom crab’s diet. It’ll find plenty of food by itself. In smaller tanks you can offer pretty much anything that sinks. Algae tablets, frozen foods, nori: whatever you have on hand is fine.

Did you know? Although it uses its anemones to feed, the pom pom crab’s survival doesn’t depend on them. Its claws are not very useful, but it can use its other front legs to eat.

A beautiful nano reef aquarium with one or multiple pom pom crabs is a joy to see, especially when you go to take a peek and the crabs come running with their pom poms raised at you!

If you’re dreaming of your own reef aquarium, big or small, we can help. FantaSEA Aquariums designs, builds and maintains aquariums for our happy clients! Contact us here with your ideas. 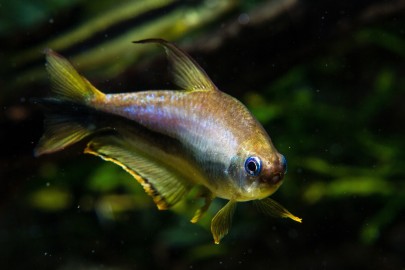 Emperor Tetra Care In need of a schooling fish to spruce up the middle...
learn more 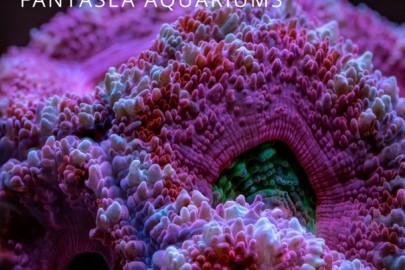 Acan coral care | Acanthastrea If you feel like your reef aquarium is missing...
learn more