Pufferfish vs blowfish | What’s the difference?

Common names of aquarium fish species can sometimes get pretty confusing. One example is pufferfish vs blowfish: which is which? Or are they just different names for the same underwater creature?

Let’s go into the pufferfish vs blowfish naming debacle and explore which species would be better for your aquarium.

There is a reason scientists (and even us here at FantaSEA) tend to prefer using species’ scientific names rather than their common ones. Common names can get pretty convoluted throughout the years.

Some animals, corals or plants have the same common name even though they’re completely different beings, while others have so many common names it’s impossible to even keep track of what someone is talking about.

The pufferfish vs blowfish question is a typical common naming issue.

⦁ Some people consider both ‘blowfish’ and ‘pufferfish’ to be overarching names that apply to all species of fish that can ingest water to enlarge themselves and scare away predators.
⦁ Others consider ‘blowfish’ to be a name for fish of this sort that have spines (from the family Diodontidae), while ‘pufferfish’ applies to those that have smooth skin (from the family Tetraodontidae. This seems more logical to us, but still.
⦁ To make things more confusing, these fish species (all from the order Tetraodontiformes) have all sorts of other common names. Porcupinefish, balloonfish, bubblefish, globefish…

Here at FantaSEA Aquariums, we tend to avoid the name ‘blowfish’ due to this confusion. If we want to use a common name for the spiked Diodontidae, we call them porcupinefish. For the smooth Tetraodontidae, we use pufferfish. 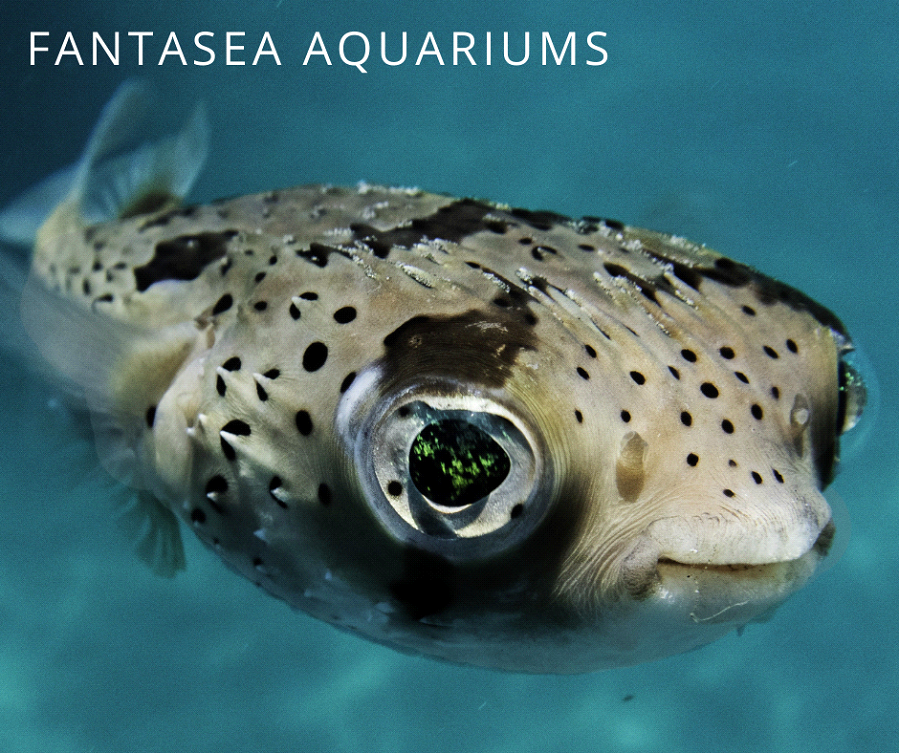 What is a pufferfish?

A pufferfish is a member of the family Tetraodontidae, a large family of fish that contains freshwater, brackish and marine species. They all have smooth, scaleless skin and will puff up when threatened, to make it more difficult for predators to eat them.

Most puffers contain tetrodotoxin, a highly poisonous substance derived from bacteria in the foods they eat. These fish feed on molluscs and all sorts of different invertebrates. In order to crack these hard foods, they sport a pair of very powerful fused teeth.

There are loads of different pufferfish species, from the tiny freshwater dwarf puffer to the 18” stars and stripes puffer. Many of them are popular aquarium fish, but they don’t tend to be the best choice for beginners due to their specific diet and high waste output.

Did you know? Pufferfish are considered a delicacy in Japan, referred to as fugu. Expert trained chefs know which parts are toxic. Deaths unfortunately occur yearly due to home cooks trying to prepare the fish themselves.

What is a blowfish?

As mentioned before, we prefer to refer to blowfish as porcupinefish, as that makes it a bit clearer which fish we’re discussing. Porcupinefish are members of the family Diodontidae, and as our chosen common name suggests, they’re covered in spines.

Like their cousins, the pufferfish, porcupinefish can inflate themselves in case of danger. They also contain the deadly tetrodotoxin and have a similar diet of molluscs and other invertebrates.

There are not really any small porcupinefish out there. The most popular species in the aquarium hobby is Diodon holocanthus (the long-spine porcupinefish), which reaches a whopping 20” in length.

Should you get a pufferfish or blowfish for your aquarium?

If you’re interested in adding one of these members of the overarching order Tetraodontiformes to your aquarium, good choice! Whichever one you go for, all of them are truly fascinating fish.

They’re quite intelligent, their hunting behavior is fascinating to watch and aquarists report actually being able to bond with their pufferfish or blowfish/porcupinefish, which can learn to recognize their owner.

When it comes to care and behavior in the aquarium, there really isn’t that much difference between the two. Due to their diet of invertebrates they’re not really reef safe. They tend to have a tendency of nipping at long-finned tankmates and might even eat small fish if they can get their teeth on them.

The deciding factor tends to be size. For a lot of aquarists, porcupinefish are just not an option: we don’t know a lot of people with space in their home for a 200+ gallon aquarium.

If you’re a freshwater hobbyist, the smallest pufferfish (Carinotetraodon travancoricus) can be kept in a 10+ gallon aquarium, while the smallest saltwater species (from the genus Canthigaster) only need around 30-40 gallons. Definitely a lot more accessible, and it doesn’t hurt that Canthigaster puffers are rather spectacular in appearance!

Whether you call it a blowfish, a pufferfish, a porcupinefish or a Tetraodontiforme – we love it either way. All of these species are fascinating and make amazing aquarium fish if you have a bit of experience.

Dreaming of your own pufferfish aquarium? We can help! Send us your ideas here and we can design, set up and maintain your tank for you. 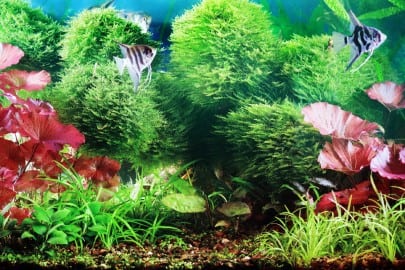 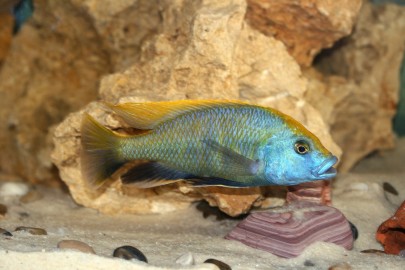 Types of African Cichlids Thinking of setting up an aquarium for African cichlids? Not...
learn more