If you’re at all familiar with the world of marine aquariums, the royal gramma will be no stranger to you. This cheerful purple and yellow species is ubiquitous in the hobby, and for good reason: they’re small, peaceful and easy to keep.

Keep reading to find out everything you need to know about the royal gramma and keeping this colorful fish in your own aquarium!

The royal gramma is a very distinctive looking, small species. They grow to a maximum size of around 3”, with a bright purple head that fades into a neon yellow tail area.

Royal grammas are occasionally confused with the more aggressive royal dottyback (Pictichromis paccagnella, also known as the false gramma). You can, however, easily recognize the royal gramma from the eyespot on its dorsal fin, which the dottyback lacks.

Due to their small size, you won’t need a very large aquarium to keep this species. A minimum of 30 gallons is generally recommended for royal grammas, preferably a reef tank with plenty of hiding spots.

Because royal grammas are naturally found in deeper-water reefs with a depth of up to 20 meters around Central America, it’s generally recommended to avoid overly strong lighting. Like many other species, royal grammas are known to be jumpers, so be sure to use a tight-fitting lid on your tank.

Did you know? Successfully breeding the royal gramma in the aquarium is possible. You’ll see males and females courting for a while before the female lays her eggs, which then hatch in around 5-7 days. You’ll need to have some very small foods on hand, as the fry are tiny.

One of the huge advantages of royal grammas is that they’re a very peaceful species. Aside from occasional territorial behavior when it comes to defending what they consider their piece of the reef, they’ll rarely cause issues. In fact, your royal grammas are more likely to be the victim: as with all small species, you should avoid larger, predatory fish.

Royal grammas tend to be kept alone or in pairs, although in larger set-ups you can also consider going for a harem of one male and multiple females.

If you’re looking for a species to add to your reef, you’re in luck. Royal grammas are considered entirely reef safe and they won’t bother corals, clams or invertebrates.

Tip: As with many marine species, royal grammas tend to be aggressive towards fish that look similar to them. The royal dottyback, which we mentioned before, is therefore not an ideal tankmate choice. The same applies to any other purple species.

Royal grammas act as cleaner fish in the wild. They eat external parasites off larger fish, which happily allow them to do so. Getting a royal gramma to eat in captivity is not too much of a challenge. These fish are planktivores, meaning they’ll snack on any small critters they can find. Their diet naturally consists mostly of zooplankton and small crustaceans, although they will also consume larger meaty foods if they can.

In the aquarium, just make sure you offer a wide variety of foods to keep your royal gramma(s) interested. Most standard frozen foods, like mysis shrimp, will be accepted without issue. The same goes for commercial pellets and flakes. You can even feed live foods like brine shrimp to mix things up!

The royal gramma is not a challenging species to keep and it should be suitable for beginners. But what if you feel you lack the experience or the time to set up and maintain your own reef tank? FantaSEA Aquariums is here to help!

We design, set up and maintain aquariums for our clients, both professional and private. Contact us here with your ideas. 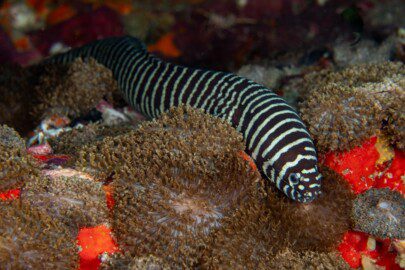 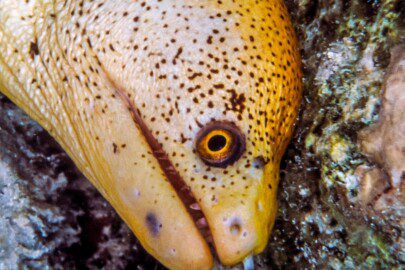 Interested in keeping a moray eel? We get it! There aren’t many fish around...
learn more