Is your aquarium still missing an eye-catcher? Have we got the fish for you! Meet the appropriately named splendid dottyback, a rather territorial but extremely beautiful fish species for the saltwater reef.

Keep reading for everything you need to know about splendid dottyback care and keeping this fish in your home aquarium!

There’s a reason the splendid dottyback is reasonably popular in the aquarium hobby despite its less than ideal temper: its looks. This really is quite a spectacular little fish! It grows to a maximum size of around 5”, which is not very large for a saltwater species, but makes it one of the biggest dottybacks out there.

Naturally found around Indonesia, the Philippines and Australia, Pseudochromis splendens sports a pinkish-yellow body with blueish flecks and spotted fins rimmed with a neon blue. The tail and top of the head are yellow. Some specimens have a grey to black eye stripe.

If you’d like to keep a splendid dottyback, an aquarium of at least 30 gallons in volume is in order. These aren’t the smallest dottybacks after all, and they like plenty of space to set up their territories.

This species is naturally found in (shallow) reefs, where it spends its days searching for small live morsels to hunt, darting between the rocks and corals at any sign of danger. It seems to have a particular affinity for tube sponges. In the aquarium, it’s a good idea to use live rock and other décor to create hiding places for your splendid dottyback.

If dottybacks are such stunning fish, then why doesn’t every saltwater aquarist have one in their tanks? Well, every species has its downsides, and with dottybacks it’s their terrible attitude. As we’ve mentioned, these guys are rather territorial for such a small fish, and they’ll savagely defend the spots they’ve claimed even from much bigger tankmates.

To add to the above, dottybacks are also carnivores that naturally eat small invertebrates. Although they are considered mostly reef safe, they eat ornamental inverts, especially shrimp. On the other hand, their taste for small crawly critters does make them great at keeping annoying bristleworm populations under control.

If you want to keep a splendid dottyback, you’ll have to either go for a single-species aquarium or choose tankmates carefully. It can help to introduce the dottyback to the tank last. Go for fish that are large enough to avoid being bullied, but that also won’t be tempted to eat the dottyback, like angelfish and hawkfish. Avoid any species that are similar to the splendid dottyback in looks, including other dottybacks and popular territorial species like the six line wrasse.

You’ll probably see your splendid dottyback spend much of its day cruising the aquarium in search of prey. On top of whatever it finds in the live rock, it’ll appreciate daily feedings of small meaty foods.

Commercial frozen foods like brine shrimp and mysis work well and can be supplemented with various other options, including chopped seafood and carnivore pellets and flakes. Remember: a quality diet is the key to beautiful coloration in your dottyback!

An amazing reef aquarium full of colorful fish like the splendid dottyback really is a sight to see. But what if you lack the time or knowledge to set one up yourself? No sweat. FantaSEA Aquariums specializes in designing, setting up and maintaining fish tanks for our clients’ homes and offices, so just shoot us a message here! 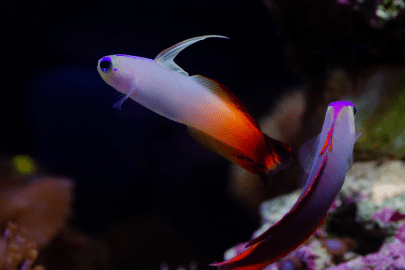 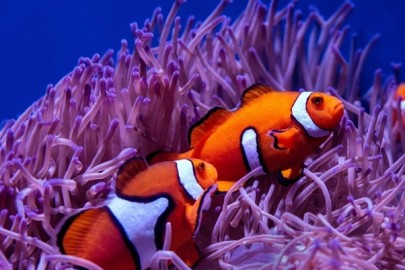 Where Does A Clownfish Live? | All About Clownfish Habitat

If you’ve ever seen Finding Nemo, or the tanks full of colorful clownfish at...
learn more