If you’ve been a marine aquarist for a while, you’ll know that all sorts of critters can pop up in your aquarium, invited or not. Live rock and other items may harbor all sorts of hitchhikers, which are up to you to identify if you encounter them. How do you know which ones are harmful and which are beneficial?! That’s why we’ve got the aquarium friend or foe section.

What are vermetid snails?

Vermetid snails are any of a number of invertebrates known as ‘worm snails’ in the family Vermetidae. They are actually snails, though, not worms: the common name comes from their shell, which doesn’t look much like the normal spiral shell we’d expect from a regular snail.

Vermetidae are usually small to medium in size and not very mobile. They sport tubular shells that tend to be attached to rock and other surfaces, with an opening at the top. Only at the very start of their life are they free-roaming, always in search of a suitable spot to live out the rest of their life.

It can be easy to confuse vermetid snails with two other common aquarium hitchhikers, tube worms and spirorbid worms. You’ll have to study anything with a calcified tube shell a bit to figure out which one you’re dealing with.

Tube worms have feather duster-like tentacles that may protrude from the tube. Spirorbid worms tend to be a lot smaller, have spiral shells and, if you look closely, you’ll also see a feather duster on them. Vermetid snails don’t have dusters: mucus strings are what give them away. We’ll discuss that below.

Unfortunately, vermetid snails are considered aquarium foes. This is not because they’re dangerous to your livestock or anything – they’re really pretty innocent. The problem is their feeding method.

Since these guys can’t move, they had to evolve to come up with another method of finding food. They don’t do this using feather duster tentacles like some similar species, but instead found a slightly freakier method: mucus nets! Vermetid snails spew mucus, which they then hang in the water flow. After a while, they reel the net back in to consume any edible particles that have gotten stuck to the threads.

The problem with this is that the mucus nets can be very bothersome to corals, both hard and soft. They basically smother nearby corals, preventing them from feeding and growing properly. Additionally, vermetid snails compete with corals for food and calcium and may bother them with their ever-growing tube shells. Eventually, the unintended victims can even perish.

Vermetid snails can be seriously exasperating for aquarists. They’re not the easiest to remove due to the way they grow and they can reproduce quickly. Spotting them is hard enough, as they blend in pretty well with their off-white to brownish tubes. If you do see one in your tank, it’s best to take action as soon as possible to prevent things from getting out of hand.

Okay, so how do you remove a creature that uses a calcified shell for protection and can be tightly wedged into crevices on your live rock and other aquarium décor? It’s not the easiest task, but rest assured, it can be done.

There are a few main methods that aquarists rely on for vermetid snail removal:

Although a few sources suggest some different fish and invertebrate species that may eat vermetid snails, the problem is that these critters are pretty hard for a predator to get to. As such, most will end up going for easier food. This is a foe you’ll unfortunately have to battle without help!

And one more thing: as with all pests, prevention is the best solution. Quarantine any live rock and coral for at least a month, no exceptions.

Maintaining an aquarium is a lot more than just filling a glass box with water and fish. Some parts of it aren’t the prettiest and there are plenty of annoying pests that can make their way into your tank (just have a look at the article on unwanted aquarium hitchhikers if you’d like to meet a few more).

What if you had a professional standing by to help you with the less glamorous parts of owning an aquarium? We get our hands wet so you don’t have to! Contact FantaSEA Aquariums here if you need help designing, setting up or maintaining an aquarium. 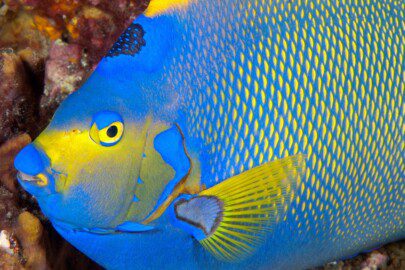 Even for the folks who (unlike us) are not madly into fishkeeping, ‘angelfish’ is...
learn more 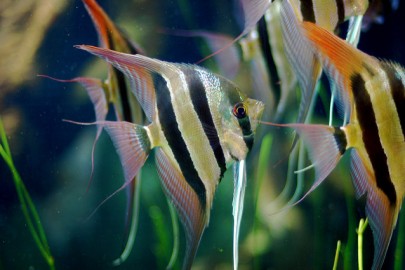 Keeping Freshwater Angelfish We haven’t met an aquarist yet who doesn’t fall in love...
learn more