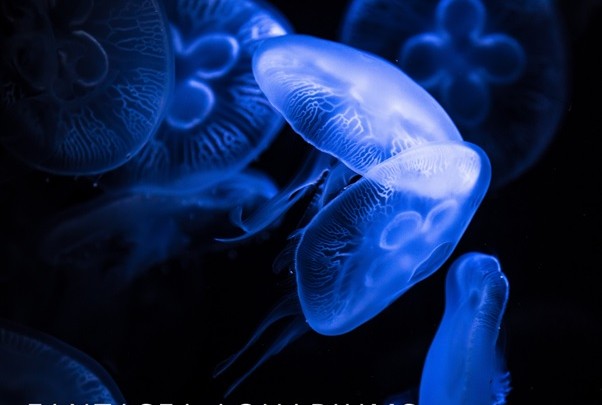 What does a Moon Jellyfish eat? | Aurelia aurita

Aurelia aurita, also known as the moon jellyfish, is a common fixture in public aquariums and, in these days, even in special home jellyfish tanks. While seeing these translucent saucers float about their tank, you might wonder: What does a moon jellyfish eat? It doesn’t exactly look like it has much of anything inside, let alone a stomach.

What is a moon jellyfish?

Before we go into moon jellyfish diet, let’s have a closer look at these funky creatures first. Moon jellyfish is a name used for a bunch of members of the genus Aurelia, a true jellyfish. The “true” moon jellyfish is Aurelia aurita. The species is flat and translucent, with a white-ish “clover” (which actually consists stomach and four gonads, or reproductive organs) in the middle of their bodies.

Moon jellyfish are found in calm, inland waters on both sides of the northern region of the Atlantic Ocean. Here, they can occur in huge numbers and can thrive in a large range of temperatures, although they don’t like excessive heat.

This jelly can reach a size of up to almost 16”.

Did you know? The free-floating jellyfish we know are adults. Juvenile medusae (jellyfish) hatch from eggs and then go through a larval (planula) stage, after which they are actually stationary on the ocean floor for a good while (polyp stage). This polyp eventually ejects segments (ephyrae) of itself, which swim off and turn into adult moon jellies. Delightfully wacky!

How does a moon jellyfish catch its prey?

Although they’re short, like other jellyfish, Aurelia aurita does possess tentacles. These contain nematocysts: tiny, explosive cells which each have the capability to inject a tiny dose of poison. The nematocysts are used for protection, but also to capture prey.

Obviously, moon jellyfish aren’t the most active of hunters, as their swimming skills are usually not even strong enough to compete with the water current. Whatever they are able to catch sticks to the tentacles, which are covered in mucus. The tentacles bring the food to a digestive cavity. Yummy!

What does a moon jellyfish eat in the wild?

Moon jellyfish are carnivores. As you can imagine, they’re not exactly picky and will consume pretty much whatever sticks to their tentacles. This includes all sorts of small organisms ranging from single-celled (like diatoms) to almost microscopic (rotifers) or a little bigger (fish eggs and small invertebrates like molluscs and diatoms).

In the wild, moon jellyfish are both predators and prey. They make a favorite snack for large creatures like sea turtles and the bizarre ocean sunfish, which aren’t bothered by their tentacles. Even humans in some places eat moon jellies. The bells are often dried, after which they can be rehydrated for use and seasoned with soy sauce and rice vinegar.

What does a moon jellyfish eat in the aquarium?

If you’re thinking about a moon jellyfish aquarium, you need not worry about their diet. It’s no more complicated than feeding aquarium fish, as moon jellyfish do perfectly well on a diet of (thawed) frozen foods or small live critters.

To keep your moon jellies well-fed, you could consider a combination of Artemia (you can hatch your own live baby brine shrimp using a hatching kit* or buy them frozen from your local aquarium store), krill and very finely chopped (pretty much minced) seafood. Just make sure you feed a varied diet!

All you have to do is toss the food into your jellyfish aquarium. Due to the water flow pattern, which is specifically designed not to allow any “dead” spots, in most cases all the food should eventually be mopped up by the jellies’ tentacles.

Did you know? Although these jellyfish are translucent, they will change shade based on their diet, a bit like flamingos turning pink due to their crustacean-based diet. After feeding time, you’ll actually be able to see the food sitting inside your moon jellies.

A beautiful aquarium full of moon jellyfish gently swaying in the flow really is a sight to see, but requires some specialized knowledge. If your office or home is missing some flair, we can help! FantaSEA Aquariums can design, build and maintain your aquarium while you keep your hands dry. You can contact us here with your ideas. 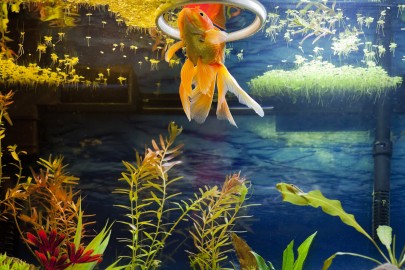 Different Types of Filtration Methods and Media We like to make our tanks look...
learn more 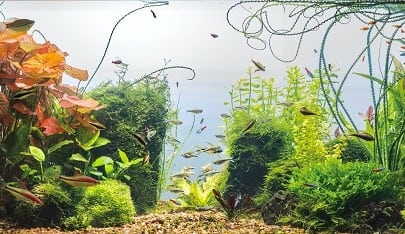 How to Set Up Your Freshwater Aquarium

How to Set Up Your Freshwater Aquarium If you’re looking to set up your...
learn more