Anyone who’s been keeping reef aquariums for a while can tell you that plenty of things pop up in saltwater aquariums that they never intentionally put in there. It’s usually just part of the fun, although sometimes it can be a headache (unwanted hitchhikers, anyone?).

The peanut worm is among the strangest visitors that one might come across in their reef. Keep reading to find out what peanut worms are, where they come from and whether they’re friend or foe!

What is a peanut worm?

Peanut worms are better known scientifically as Sipuncula. They’re a genus of more than 150 different marine worms, classed together in the family Sipunculidae.

Sipunculid worms have a wide natural range and are found in many of the world’s oceans, particularly in the shallows. They burrow in the substrate, with the bulbous end of their body safely tucked away.

To be able to feed on detritus, they extend the long, tubular end of the body and pop it out of their hide. At the tip is a mouth, surrounded by small tentacles that wave around and draw in food. Sounds like an alien movie, but it can all happen in our own aquariums!

Although some peanut worm species can reach sizes of almost 30”, most of them stay much smaller (under 10”). They’re all pretty drab in color, although some feature interesting patterns on their tentacles.

Did you know? Sipunculid worms are also referred to as peanut worms because they retract the tubular end of their body into the bulbous end when threatened. This makes them fold up into a shape that kind of resembles a peanut. The image below shows an extended peanut worm. 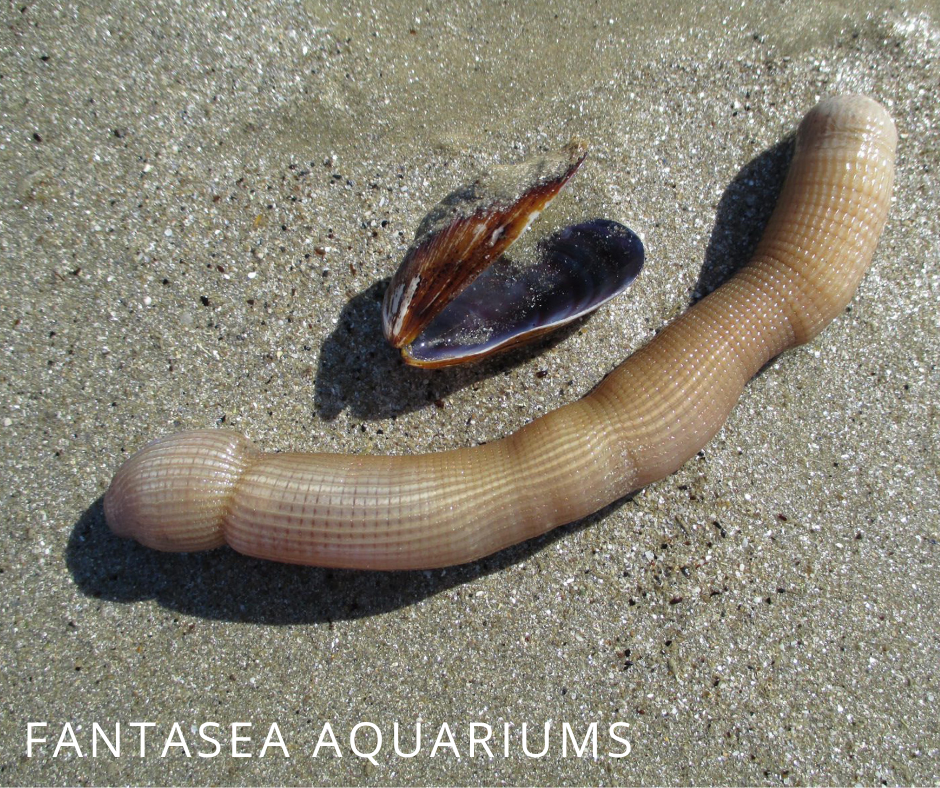 Where do peanut worms come from?

Peanut worms can pop up in your aquarium. You usually won’t see the entire worm, as it’ll be buried in the substrate or rock crevices. Instead, you might see the mouth end and its tentacles sticking out.

So how do these guys get into your tank? Well, pretty much the same way all unexpected surprise critters do: they hitchhike. Peanut worms can be hidden deep inside live rock when you purchase it.

You’ll generally mostly see peanut worms at night. Shine a flashlight into your aquarium when the lights are off to get a good peek at them. This especially applies if food has just been introduced into the tank, prompting them to extend their tentacles.

Are peanut worms good or bad?

Luckily, like the majority of creatures that might hitchhike their way into your aquarium, peanut worms are considered beneficial. They don’t reproduce quickly and don’t bother anyone.

Peanut worms detritus eaters, meaning they don’t pose a threat to your livestock and corals at all. In fact, it’s mostly the other way round. A hungry crab or fish will happily dig up and devour any peanut worm they find!

In addition, peanut worms help sustain your aquarium’s ecosystem by cleaning up bits and pieces left behind by other creatures. They also help aerate the substrate with their digging around. If nothing else, they can make a tasty snack for one of your fish. Sure, they might be ugly, but they’re good guys in the end!

If having peanut worms in your aquarium does bother you, any number of critters will make fast work of them. Try an arrow crab, though keep in mind that these also have a taste for other vulnerable inverts.

Did you know? Peanut worms aren’t just beneficial for your aquarium. They’re actually used in dishes in several Asian countries. This includes China, where a dish called sea worm jelly (rough translation) is eaten in some regions. You can read more here.

Okay, we know peanut worms are not the most glamorous part of reef keeping, but they make things all the more beautiful. After all, what we want is to build an ecosystem!

If you’re dreaming of your own reef tank, give us a shout. Here at FantaSEA Services, we design, build and maintain aquariums for businesses and in homes. 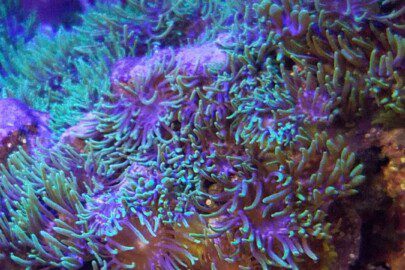 If you're new to the marine aquarium hobby, it can be a surprise to...
learn more 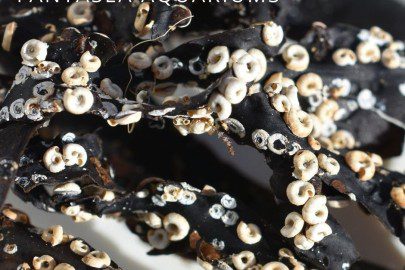 If you’ve been following the FantaSEA blog for a while, you’ll know that there...
learn more