If you’ve been a reef keeper for a while, you’re almost certainly going to be aware of the existence of the genus Scolymia. This is one of the most beloved types of LPS (large polyp stony) corals. It’s not difficult to see why: also known as Scoly, Scolymia coral is exquisitely colorful!

Keep reading for everything you need to know about Scolymia coral care and growing this species in your home aquarium.

Strangely enough, the corals you’ll most often see sold aren’t actually part of the genus Scolymia – or not anymore, anyway. There are three ‘real’ species of Scolymia out there, each naturally found in the eastern Atlantic Ocean: Scolymia cubensis, wellsii and lacera. Unlike many other corals, in the wild, they’re often found in relatively murky waters that don’t get too much direct sun.

However, there used to be two more: Scolymia vitiensis and australiensis. These have now been placed in the genera Lobophyllia and Homophyllia, respectively, as a result of further scientific research. The most popular Scolymia is Homophyllia australiensis, also known as Aussie.

Unlike true Scolymia corals, the ultra-colorful Aussie species is naturally found in the Indo-Pacific, notably in… well, yeah, Australia.

All Scolymia species are disc corals that don’t form colonies, meaning they look like solitary buttons with a maximum size of around 4″.

Part of what makes Scoly corals so popular are their colors. The ‘true’ Scolymia species are already pretty nice to look at, but the Aussies in particular are where it’s really at!

You can find frags for sale in every shade of neon you can imagine, with funky names like Bleeding Apple (green and red), Warpaint (orange and blue) and UFO (green and blue). There are also ‘Rainbow’ and ‘Master’ varieties that sport a whole array of different colors and are particularly highly sought after.

As if its beautiful coloration wasn’t enough, another huge advantage of Scolymia coral is that it’s easy to care for. Normally the biggest eye-catchers are also the fussiest, but that’s definitely not the case here! Scolies don’t need a lot of light or flow, and they’re a breeze to keep alive for most aquarists with at least a little reef experience. They’re also suitable for nano aquariums, only needing around 10 gallons of water volume due to their small size. The best spot for them is usually somewhere in the bottom area of your tank.

The most important factors for pretty much any coral are light and water flow. In terms of light, since these guys naturally occur in murkier and darker waters, they really don’t need much. You can dim the lights a little until your new Scoly has acclimated, and after that offer moderate lighting up to 150 PAR.

As for water flow, this should also stay in the low-to-moderate range. A very strong flow can make it difficult for your Scolymia coral to catch food, and it can even end up damaging it in the long run.

Did you know? There’s always a ‘but’… although its easy care and bright colors make Scolymia sound like the ideal coral, unfortunately its price point can dampen one’s spirits a little bit. Even the less desirable polyps will usually go for at least $50, if not more.

Unfortunately, one thing you need to keep in mind with your Scolymia coral is that these guys definitely don’t belong on the list of most peaceful corals. They’re pretty feisty! You need to give yours at least a few inches of personal space, otherwise the stinging sweeper tentacles it sends out at night may make its neighbors’ lives miserable.

Like many other coral species, Scolymia produces much of its own energy through its symbiotic relationship with zooxanthellate algae, which have the ability to photosynthesize. That being said, in the aquarium your Scoly corals will likely still benefit from regular supplemental feedings. They do possess tentacles that help them find and catch small particles to eat.

Fine meaty foods like frozen brine shrimp work well, although you can also go for a special coral food. When you see the coral’s tentacles sticking out, squirt a little bit of the food near the mouth (in the center) and it’ll take care of the rest by itself.

How to frag Scolymia coral

Many coral species are very easy to multiply, but things are a little more complicated with Scolymia. One Scoly button is one organism that doesn’t always respond well to being cut in half. As a result, unfortunately the harvest of wild specimens is still quite common, which is a huge pity and a practice we hope can be eliminated from the aquarium hobby altogether soon.

The thing is, you can cut up your Scolymia coral and it might regrow fine. Plenty of people have done it with the help of a band saw or similar tool and had success. However, there is a risk of infection or one or both of the pieces dying off. With the prices that Scolies tend to go for, many aquarists are therefore less than enthusiastic about the idea!

If you don’t mind the risk, nor the fact that it can take a while for the frags to return to their normal button shape, go for it and be sure to let us know in the comments how it went.

Scolymia is one of the most spectacular corals available in the reef hobby, and it’s easy to care for to boot. All we need now is to figure out how to multiply them easily to bring their prices down and avoid having to import Scolies harvested in the wild! 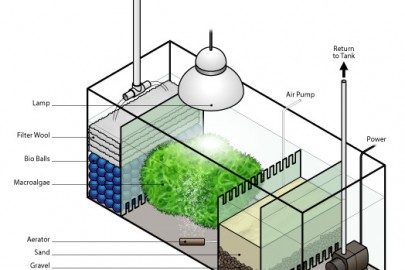 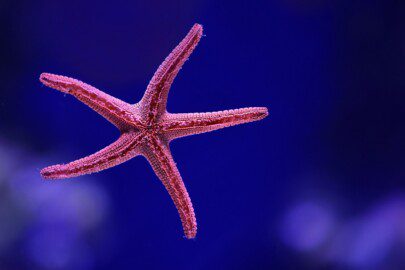