We’re talking corals! More specifically, coral aquaculture, or the art of turning one coral into many corals. There are three main reasons one would want to multiply corals, ranging from professional to casual: conservation, commercial culturing and to fill up the home aquarium without having to buy.

Let’s explore coral aquaculture, from large-scale farming to how to frag your own corals at home.

We’ve all seen the shocking photographs of bleached coral reefs in the wild, such as in the Australian Great Barrier Reef. Wild coral populations are in grave danger due to human influences like pollution, overharvesting and rising sea temperatures due to climate change.

A bleached coral is not necessarily dead, but it’s certainly at great risk. This especially applies if the stressor doesn’t disappear quickly, like in the case of rising sea temperatures. Eventually coral death starts to set in, which can cause entire reefs to be wiped out.

Dead reefs are a problem. For starters, coral reefs are incredible sources of biodiversity and entire ecosystems can collapse if they suffer. And it’s not just nature that depends on corals: humans do as well. Reefs offer us sustenance and even protection, forming a natural seawall that helps protect the vast numbers of people that live in coastal areas.

Harvesting larvae and corals might sound like a bit of a counterproductive thing to do if you’re trying to restore wild coral reefs, but hear us out. In the case of larvae, they can be cultivated in nurseries until they’re strong enough to be returned to the ocean, making for a great way to produce a genetically diverse reef that can hopefully take care of itself in the future.

In the case of harvesting corals themselves, coral restoration organisations make use of a very handy characteristic of these organisms. Namely, if you break them apart, the pieces can regrow under the right circumstances. Although the result is not as genetically diverse, this type of coral aquaculture (see the image below) makes for a nice and quick way to aid in returning coral reefs to a healthy state.

Combined with efforts to reduce stressors like pollution and climate change, coral farming for reef restoration can make a big difference in getting these amazing ecosystems back to a thriving state. Pretty cool, if you ask us! 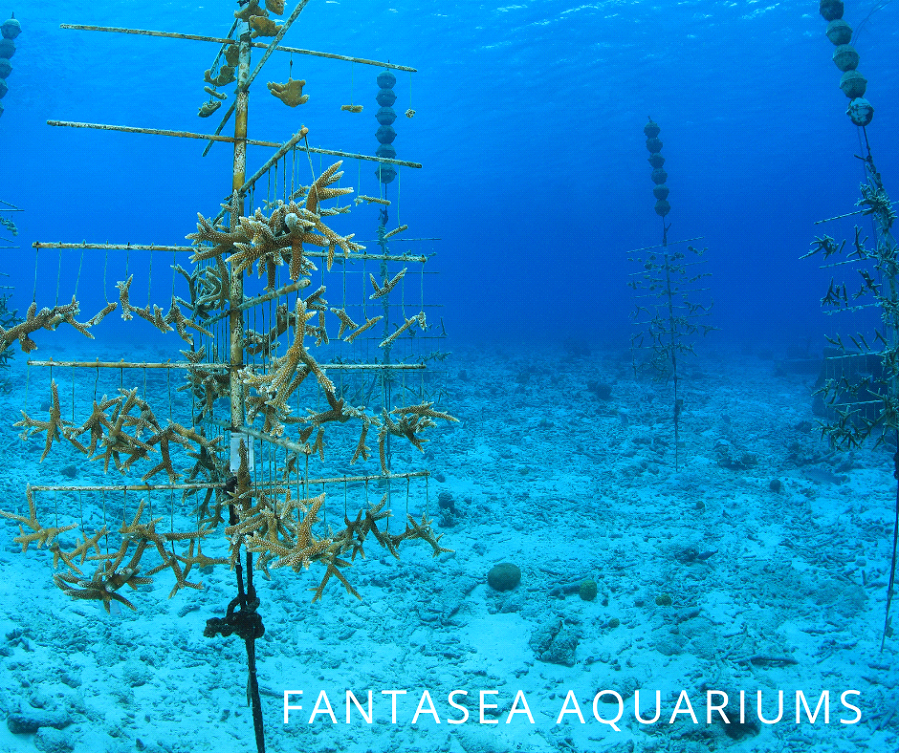 Traditionally, corals used in saltwater aquariums were harvested from the wild in places like Indonesia. However, as we concluded above, wild coral reefs are an extremely important asset in terms of biodiversity, sustenance and protection. Because of this, efforts have been made to reduce trading in wild corals, like the CITES treaty.

Aquarists still want their corals, though. And again, coral aquaculture comes in to help save the day. Specifically, asexual propagation through breaking corals apart, better known in the aquarium hobby as fragging.

Where coral restoration organisations use fragging as a means to help return coral reefs to their original state, commercial aquarium businesses can use it to create pretty much endless supplies of corals without having to harvest them from the wild. They break apart corals, secure them to an artificial substrate and allow them to grow out in large, shallow fragging tanks until they’re large enough to sell. Voilà! Plenty of coral to go around, without impacting wild populations.

And did you know that there’s actually an added bonus for aquarists? As one can imagine, wild corals don’t exactly appreciate being yanked out of a reef and dropped into a tank with artificial lighting. They’re pretty sensitive beings, after all, and can die from the stress. Commercially aquacultured corals don’t have this problem, as they’re used to artificial light and the other conditions of aquarium life. 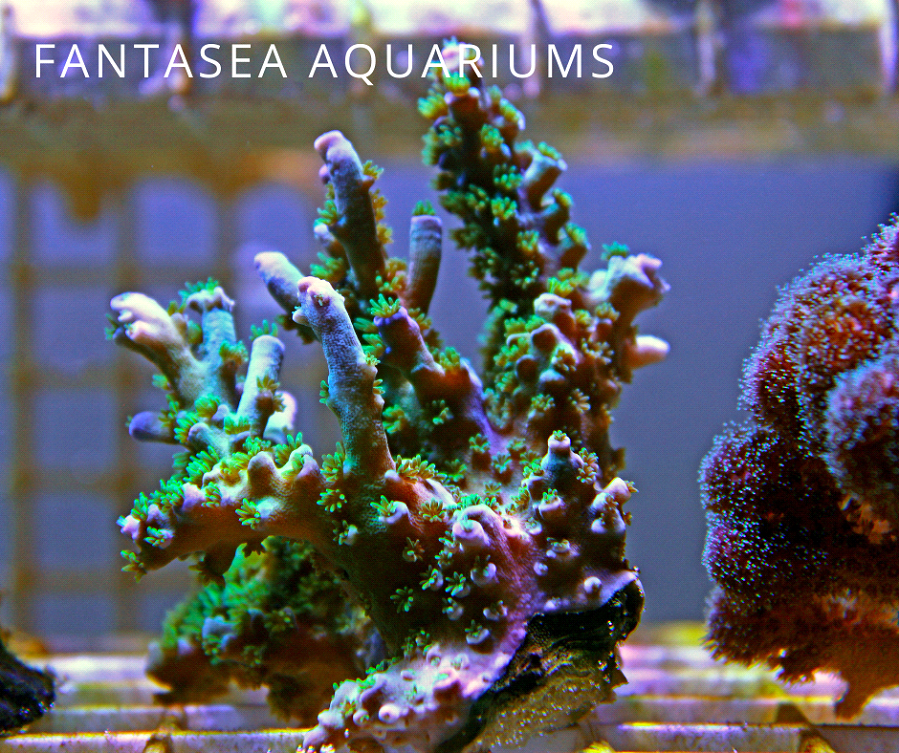 Okay, so, to recap: corals can be propagated both sexually through the harvesting of larvae and asexually by fragging them. As you can imagine, sexual propagation is a bit of a challenge, as coral spawning events don’t occur that often and the tiny larvae are not exactly easy to keep alive and raise.

Asexual propagation is another story. It’s easy. In fact, it’s so easy that you don’t have to be a commercial aquaculturing company to do it: home aquarists can frag their corals themselves. This way there’s no need to buy new expensive corals to fill up your tank! And if there’s no more space in your reef, you can sell or trade your frags with other marine aquarists.

Here’s a very basic summary of how you do it.

⦁ Pull the rock that the coral you’re eyeing is attached to from the tank.
⦁ Break, slice, cut or saw a piece off the mother coral. There are special coral fragging tools out there that make the job easier.
⦁ Use cyanoacrylate superglue or epoxy to attach the frag to a piece of live rock or a special frag plug.
⦁ Pop the rock or plug into a special frag rack, directly into the substrate or into a gap in some live rock.

It’s really that easy. If you’ve got a reef tank and haven’t tried it, just give it a shot!

Note: Don’t forget that some corals, like Zoanthids, are highly toxic. Always research the coral in question before attempting to frag. Additionally, some species are easier to frag than others. Consider starting with something easy like one of the many mushroom corals or hammer coral (Euphyllia).

Conclusion
Corals are amazingly versatile, useful organisms and the protection of wild reef ecosystems should be on everyone’s agenda. Luckily, multiplying a coral is not too much of a challenge and can even be done at home. Try fragging your corals and watch the colony expand!

If you’re interested in an amazing sustainable reef aquarium for your own home or office, FantaSEA Aquariums can help. You can contact us here with ideas and we can design, build and/or maintain your tank for you.