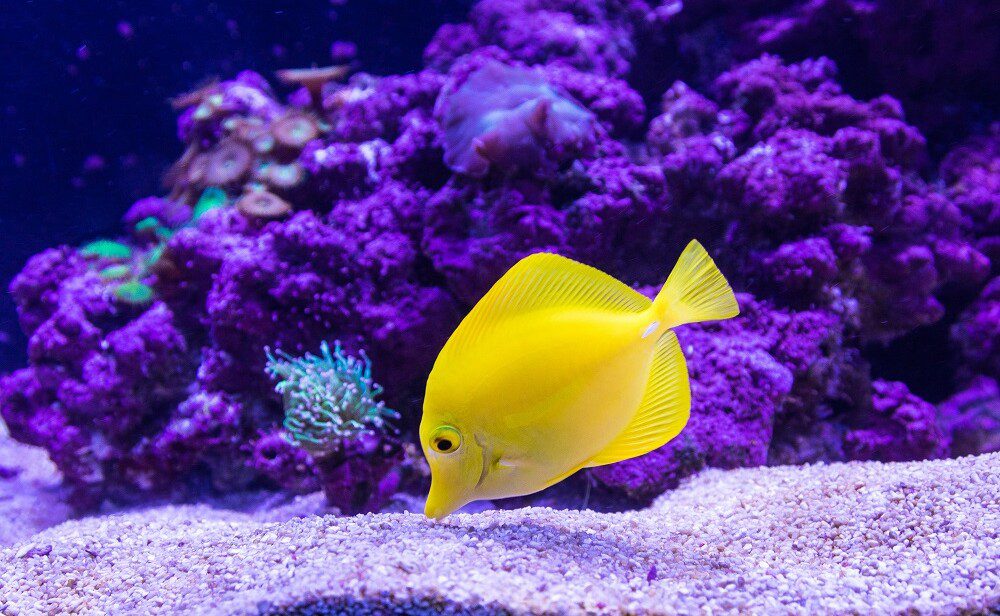 FantaSEA’s series on supporting sustainable aquaculture highlights successes in breeding and raising aquarium fish. Some fish species are not easy at all to culture in captivity, but persistent researchers are making sustainable supplies of more and more aquarium favorites a reality.

In this article we focus on the yellow tang, which has been the main focus of a controversial ban on commercial fishing for the aquarium trade in Hawaii. The work of the Hawaiian Pacific University has ensured that aquarists can still keep this ubiquitous species in their tanks.

Even if you’re not much of an aquarist, you’re probably familiar with the yellow tang (Zebrasoma flavescens), even if that’s just because you saw it in Finding Nemo. This ubiquitous aquarium fish is a member of the surgeonfish family and one of the most popular species out there.

The yellow tang’s popularity is probably explained by a number of factors, notably their relatively easy care. Even beginning aquarists should be able to keep their yellow tangs alive and thriving; the species’ bold colors and high activity levels don’t hurt either. The only downside is their adult size. At 8”, they need a relatively large aquarium.

Yellow tangs are naturally found in shallow reefs between Japan and Hawaii, although introduced populations have been found off the Florida coast and Mediterranean Spain. 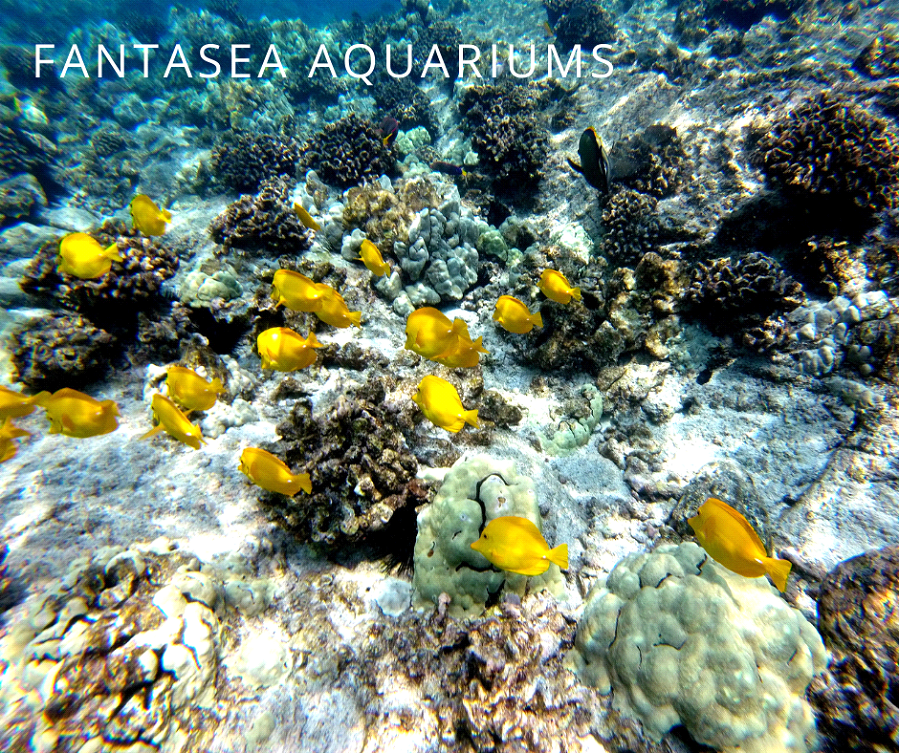 Commercial aquarium fishing is big business. Some fish species are relatively easy to raise and are therefore not commonly wild-caught anymore. Other species, not so much. Many families depend on the harvest of wild fish to sustain themselves.

It’s understandable that the idea of harvesting fish from reefs can leave a bit of a bad taste in your mouth. Is that really a good idea? Shouldn’t we just leave wild populations alone and accept a more limited range of livestock options for our aquariums? After all, the decline of reef habitats has been a hot topic for a good while.

Hawaii, where yellow tangs for the aquarium trade are typically caught, is no exception in this. The protection of reefs is a big priority, which is why the commercial aquarium fishing trade has long been watched closely.

Many sources report that the harvest of ornamental fish doesn’t seem to have an impact on local populations, possibly because unlike with fishing for the food trade, much of it is done by hand. Others, though, state that the collection of these species has actually absolutely had a big impact on wild reef populations.

Despite the already close scrutiny, Hawaii has been attempting to (and please, excuse the pun) reel in this industry since 2017, when it ordered a halt on the issuing of new commercial aquarium fishing permits. By 2021, all permits were voided, pending an environmental impact survey. It seems unclear when or if this survey will happen, as it’s likely going to be a very costly endeavor.

Aquaculture and the yellow tang

Whichever side you’re on (pro or contra commercial aquarium fishing), the reality is that the Hawaiian ban is here. And aquarists want their fish, especially their yellow tangs: a report by the Hawaiian DLNR noted that they made up 84,3% of ornamental fish caught in the state. That’s around 300,000 a year (DLNR, 2015).

Luckily, HPU (Hawaii Pacific University) has long been trying to work on a sustainable solution. And they’re succeeding: the yellow tang is one of modern aquaculture’s great success stories.

HPU’s Oceanic Institute has long been trying to sustainably aquaculture yellow tangs for the aquarium trade, but it never really worked out. These fish go through a larval stage and would die off in large numbers during the first days and weeks of their lives.

The solution to this problem was found in tweaking the baby fish’ diet. We won’t go into the details, as raising these fish is still pretty complicated, but you can find out more in the 2018 scientific article by Callan, Burgess, Rothe & Touse (see sources).

Although there is still work to be done, these recent improvements mean that aquaculturing of yellow tangs successfully took place in 2015. Culturing them on a commercial scale is now becoming more and more of a reality. And here at FantaSEA Aquariums, where we love sustainable aquaculture, we think that’s pretty darn cool. 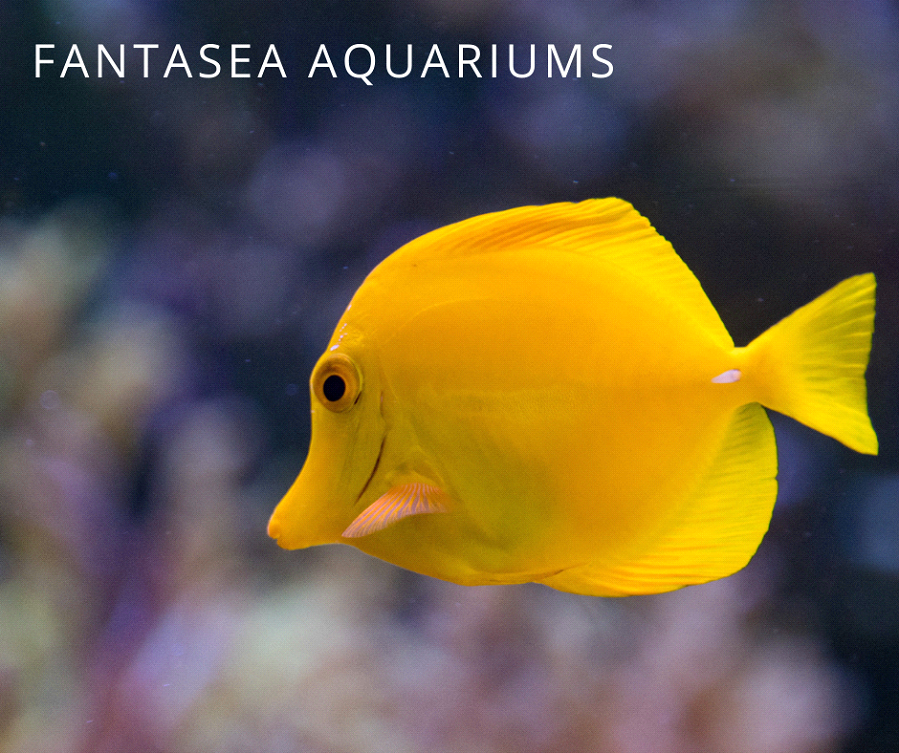 Can I keep a yellow tang in my aquarium?

If you have space for a large aquarium of at least 90-100 gallons, you probably can. The species is not too challenging to keep: it’s peaceful (except when it comes to other tangs) and tentatively reef safe. They’re herbivorous and not a problematic feeder. Just make sure your aquarium is fully cycled and the water is well-oxygenated.

Here at FantaSEA Aquariums, we love yellow tangs for our clients’ aquariums. Although we have mixed thoughts about the voiding of commercial aquarium fishing permits, we do love that aquacultured yellow tangs are now more and more readily available.

If you’re thinking about a saltwater aquarium with a yellow tang for your home or business but not sure how to go about it, we can help. FantaSEA Aquariums designs, builds and maintains aquariums for our clients so they can focus on the fun parts of fishkeeping rather than the difficult ones! You can contact us here with your ideas or just to ask a question.