If you’re a beginning aquarist looking for a colorful addition to their aquarium, you’ll love the firefish goby. This small and nano aquarium-proof goby species is peaceful, fun to watch and not difficult to keep.

Keep reading for everything you need to know about keeping firefish gobies in your aquarium!

It’s not difficult to see where the firefish goby got its names, both common and scientific. Despite the fact that they rarely reach sizes over 3”, they’re sure to attract attention when they’re out in the open with their white to deep red gradiented bodies.

Firefish gobies sport an elongated dorsal fin and large mouth that reveals their favorite foods: plankton. The placement of their swim bladder allows the species to hover motionlessly in the water, with their heads up and rear ends pointing downwards. 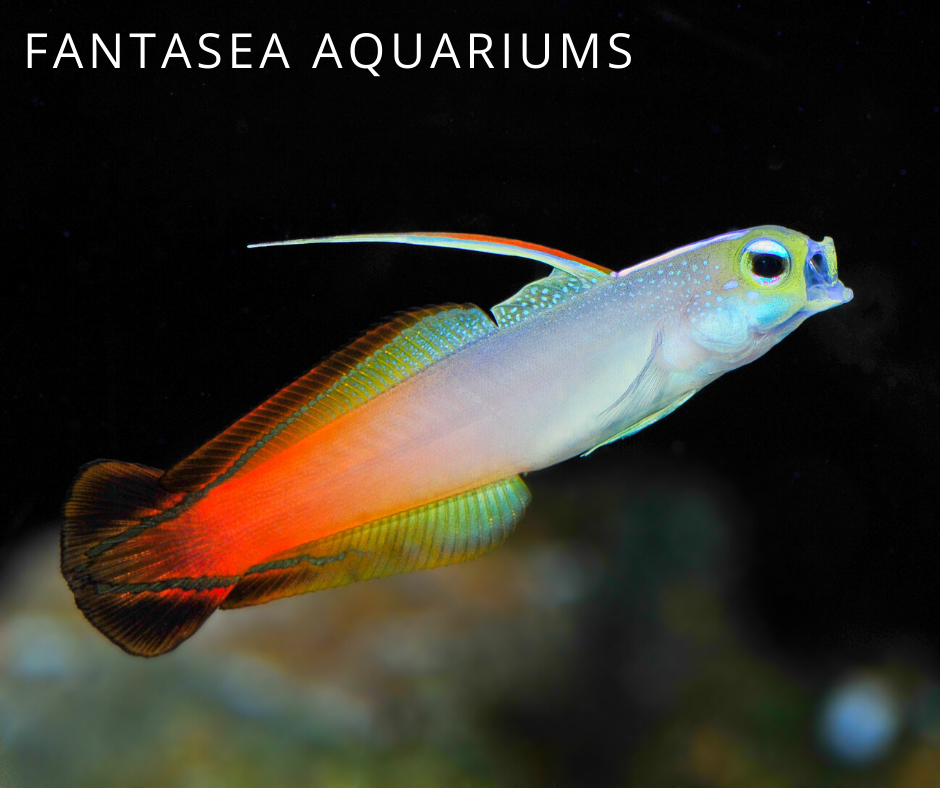 Setting up an aquarium suitable for a firefish goby is not too much of a challenge. Go for a tank of at least 20 gallons, because although this species is small, it is also known as dartfish for a reason. They are very active and need some swimming room to be able to exhibit this natural darting behavior.

Firefish gobies are prey fish that adopted their darting nature in order to escape predators. This means they actually need a place to dart into, or they’ll feel unsafe and become stressed. Provide plenty of hides and caves; some spots with low lighting will be appreciated. A sandy substrate is a good idea as well, allowing the fish to dash into the sand and bury itself if it feels threatened.

Tip: As with all darting fish, you should never introduce firefish goby into an aquarium that doesn’t have a lid. This is, as many aquarists have unfortunately found out the hard way, a guaranteed way to lose your fish if it gets spooked and jumps out of the tank.

The firefish goby is a great choice for a peaceful reef aquarium. The species doesn’t bother tankmates nor corals, spending most of its days hovering around the reef waiting for passing plankton. Its small size does of course mean that the firefish goby is not a suitable choice for a predator-centered set-up (triggerfish, pufferfish, lionfish, etc.). Even invertebrates that normally tend to fall prey to fish, like ornamental shrimp, will be safe in the presence of a firefish goby.

Unfortunately, it’s not possible to keep multiple firefish gobies (or even gobies in general) in the same aquarium unless the set-up is very large. They are highly territorial towards their own species.

Although a mated pair won’t exhibit aggression towards each other, the problem is finding one: it’s not possible to distinguish between male and female firefish gobies so you always end up running the risk of ending up with two males. 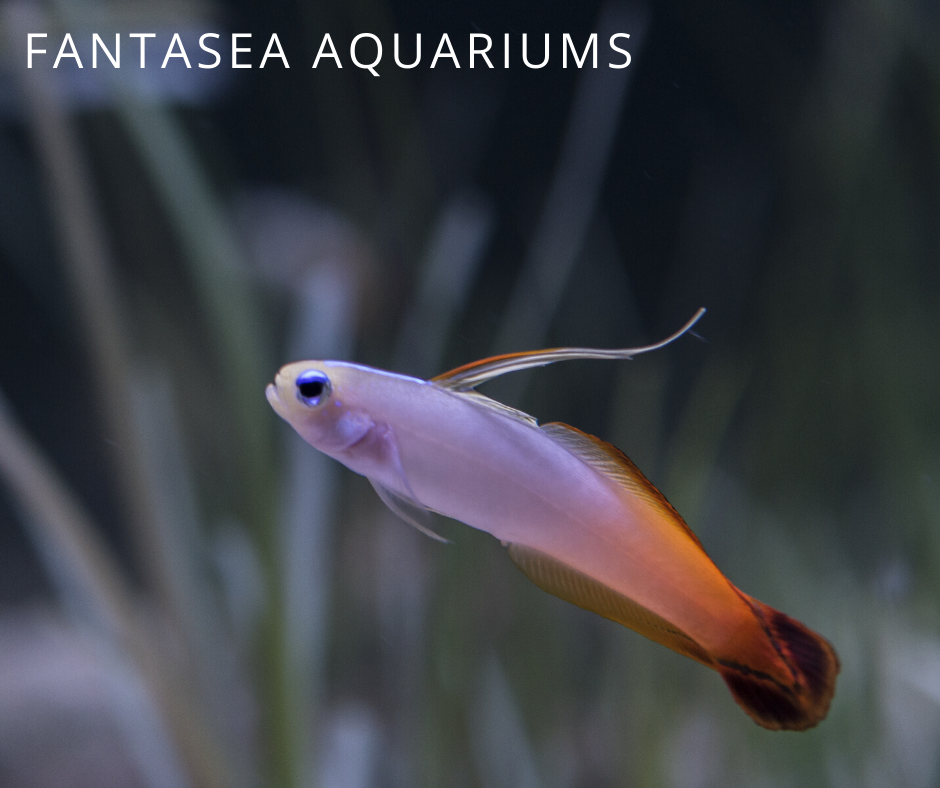 As mentioned earlier, firefish gobies tend to bob around the reef waiting for small critters to pass by. In the aquarium, you should feed them at least twice a day. They’re omnivores and will eat pretty much anything that’s small enough to fit into their mouths.

You can offer live or frozen foods like brine and mysis shrimp, commercial fish foods and algae or veggie based options.

Tip: Keep a close eye on your firefish goby to make sure it’s getting enough food. They’re not the boldest during feeding time and are easily outcompeted. It can help to distribute food throughout the tank so the other fish are distracted enough that the firefish goby can get its fair share.

A reef aquarium filled with beautiful and colorful fish species like the firefish goby is a joy to see but takes specific knowledge and quite a bit of time to set up and maintain. If all you want to do is enjoy your tank without the hassle, FantaSEA Aquariums can help. Contact us here with your ideas. 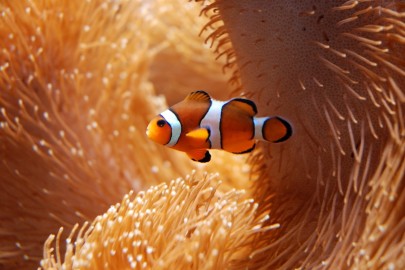 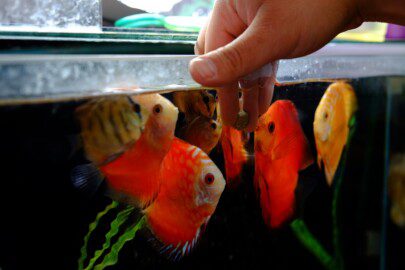 Just set up your first aquarium and stocked it with all the beautiful fish...
learn more